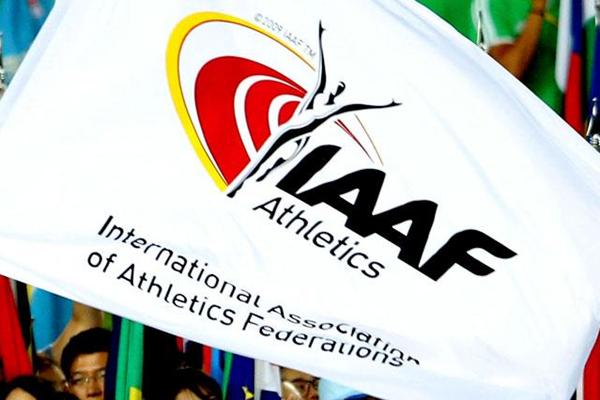 A proposal to change the name of the International Association of Athletics Federations (IAAF) to World Athletics was officially approved by the governing body’s Congress here today – but only after opposition from some countries.

The name change, originally proposed by the IAAF Council in June, in a bid to make the sport more accessible became a matter of debate during the second day of the sport’s biannual meeting.

What was expected to be a formality to change the name to make it compatible with Monegasque law, led to a number of delegates from French-speaking countries warning they were against the plan because they claimed it did not work very well in their language.

Other critics claimed it meant a loss of identity.

Sebastian Coe, officially re-elected as IAAF President for a second four-year term yesterday, told the Congress that the change was necessary to help make the sport more appealing to youngsters.

“As long as I can remember, and certainly since becoming an IAAF Council member in 2003, whenever anyone has asked me what organisation I am involved with it then takes three or four minutes to explain what it means,” he said.

“The work we have done around the brand is detailed.

“Even without it currently existing, it had a higher recognition brand rate than the IAAF and the International Olympic Committee.

“We need to be able to embrace not only being a world sport but it also crucially we need to be mindful of the growing nature of our sport.

The new name and brand identity is due to be officially adopted after the IAAF World Championships, due to start in the Qatar capital tomorrow.

Adille Sumariwalla, the Indian who heads the IAAF Strategic Communications Advisory Group, told the Congress that the decision to change the name was required to keep pace with the changing media landscape.

“We feel the population that follows athletics is an aging one and we need to encourage the youth” he said.

“We think World Athletics is easier and simpler to understand.”

A new logo, consisting of three main elements, has already been launched to support the name-change.

The “W” of World is a symbol of an athlete’s arms raised in victory, while the “A” of Athletics represents an athlete’s focus as they prepare for the road ahead.

The arc over both letters represent the entire athletics community coming together.

A running track also appears in an upward trajectory, symbolising the desire to continually push beyond limits.

The patterns capture the energy present in all four of athletics’ group disciplines, which are running, jumping, throwing and walking, it is claimed.

The IAAF claims the rebrand builds upon the organisation’s restructuring and governance reform agenda to represent a modern, creative and positive face for the sport.

The new branding will also help the sport break away from the past, it is hoped.

The IAAF has been embroiled in scandal almost since Coe was first elected President in August 2015 following the arrest of his predecessor Lamine Diack on allegations of corruption and helping Russian athletes avoid suspensions after failing drugs tests.

In addition, Russia has been banned from international competition since November 2015 since being found guilty of state-sponsored doping.