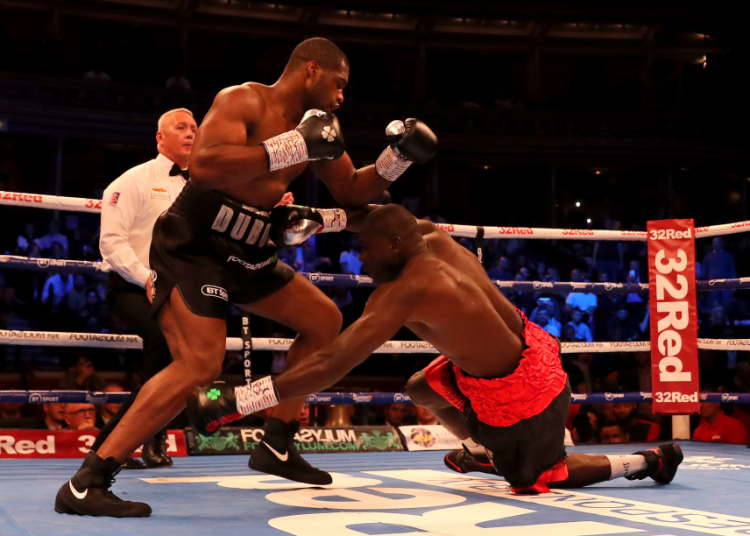 Ghana’s Ebenezer Tetteh experienced a massive chastening as he was knocked out in the first round by Britain’s Daniel Dubois in their Commonwealth Heavyweight title clash on Friday in the Royal Albert Hall in Kensington, London.

The two men were vying for the vacant in what was Tetteh’s first bout outside Ghana and the shock of the new environment and new experience told heavily on the Ghanaian.

The 31 year-old Ghanaian forgot to put his gumshield into his mouth before he got into the ring and that was a foretaste of what was to happen on the night.

After two minutes of the first round was spent experiencing the jab of Dubois, Tetteh was sent crashing to the floor with a right hand shot.

After he got up, 22 year-old Dubois rained more punches on him and was floored again.

At this point, the referee decided that Tetteh had been given too much punishment for his own good and so, he decided to stop the bout.

Tetteh now drops 16-1 in his professional record with Dubois improves to 13-0.