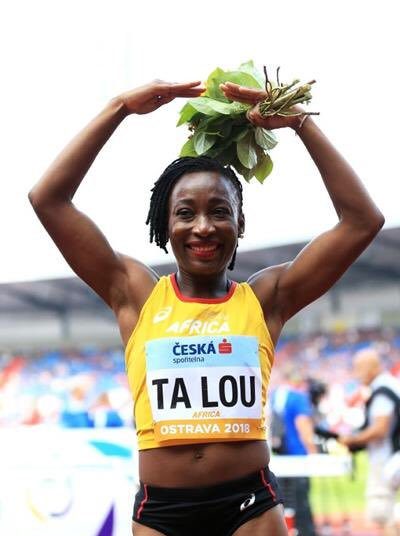 It will also feature the women’s 100m heats where African sprint queens will be looking to lay down a marker in one of the most  competitive fields in the competition.

Here is where to pay attention.

Cote d’Ivoire’s Ta Lou is Africa’s hope for a medal in this competition. After narrowly missing out on gold in London, the African champion will be desperate to make amends this time in one of the most competitive fields at this year’s championships.

Nigeria’s Blessing Okagbare as she has pulled out, preferring to focus on 200m. But Gambia’s promising sprinter Gina Bass will be hoping to make a first world championship final as well.

There are other African sprint queens either than the ones you know…like South Africa’s Mamathu Tebogo, Zambia’s Hellen Makumba, who will also be competing today.

Today will also see the crowning of a world champion over 100m with the men’s 100m semi finals and final events both set for today. South Africa’s Akani Simbine is Africa’s hope for a podium finish (no African athlete has ever finished on the podium in this event).

"It was a very comfortable race"

I spoke to South Africa's Akani Simbine after he cruised to victory in the men's 100m Heat 1.

Commonwealth and African champion in 2018, the South African has also a Diamond League race win under his belt in 2019. He recorded the second fastest time in the Heats with 10.01s.

Americans Justin Gatlin and Christian Coleman are bookmaker’s favorites for the crown.

With defending champion Almaz Ayana (Ethiopia) out, Kenya’s Hellen Obiri (5000m champion in 2017) is favorite to win the women’s 10,000m event which she’s competing in for the first time. But she has competition in the Netherland’s Sifa Hassan, who is in great form at the moment.

The men’s 800m heats will also feature a heavy African presence as Nijel Amos (Bots), Emmanuel Korir (Ken) will be out to lead the field in their heats and send a message to Donavan Brazier (USA) who is expected to provide stiff competition to the duo.

Amos is the defending champion and is desperate to annex the title again.