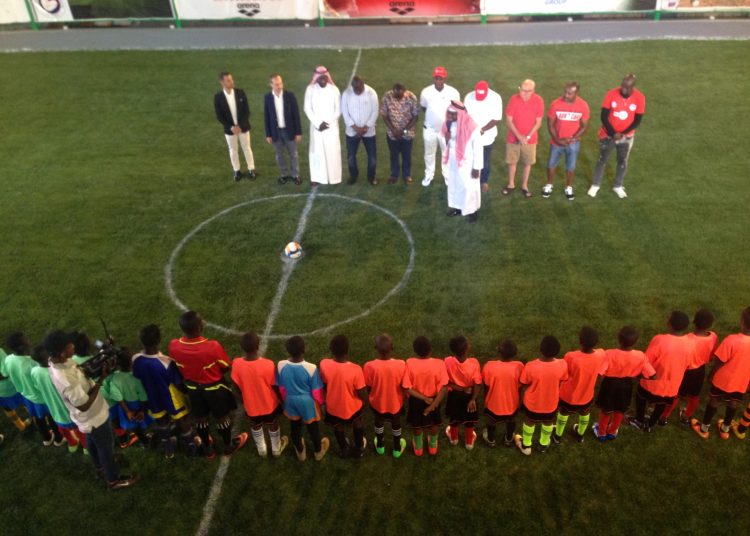 Afro Arab Group of Companies has unveiled a new astroturf at Nima and has named it Emirates Arena.

The ceremony which took place on Saturday evening, September 28, 2019, was well patronized by locals of the community.

The launch of the astroturf was an event well graced with footballing legends trooping in for the occasion.

Lawyer George Ankomah Mensah and George Afriyie as the attendees of the event.

According to the Chief Executive Officer of Afro Arab, Salamu Amadu, he drew inspiration from ex-President John Dramani Mahama before naming the pitch Emirates.

“In my life, I draw inspiration from the former president, John Mahama, he calls the Kwame Nkrumah interchange ‘Dubai in Circle’ so I have also brought Emirates to Nima.”

The CEO also added that he picks lessons of perseverance and consistency from the president of the Republic of Ghana, Nana Akufo-Addo.

“Many people mocked Nana that he will never become president, but today he is our president. This has been my life story.

I watch people say I cannot do something and I laugh like the video of the president’s laughter which is on the internet.

The things my father couldn’t do, I am doing them and I will do them.”

Speaking after the unveiling, Salamu Amadu stated the pitch is for all persons and age groups but quickly added he does not know if people will pay to get access to it later.

“There won’t be any restriction to the access of the pitch.

However, I don’t know if people will have to pay later to access this facility, that is for the group to decide if there will be a fee or not.”

Alhaji Salamu added that he is interested in helping produce young talents as he owns a Division Two club in the capital.

I am interested in developing youth football and I know this pitch will help develop talents for the country.

The game ended 11-11 in regular time and the selected Bright Addae side won on penalties, courtesy some goalkeeping heroics.

Below are some of the pictures from the new astroturf: 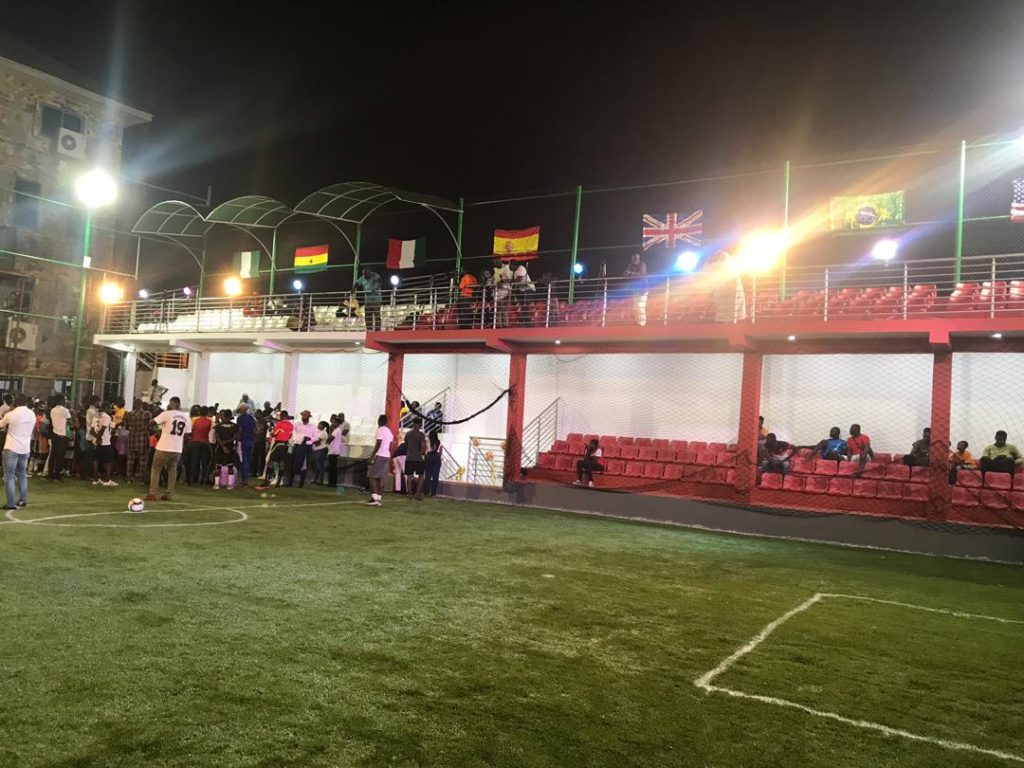 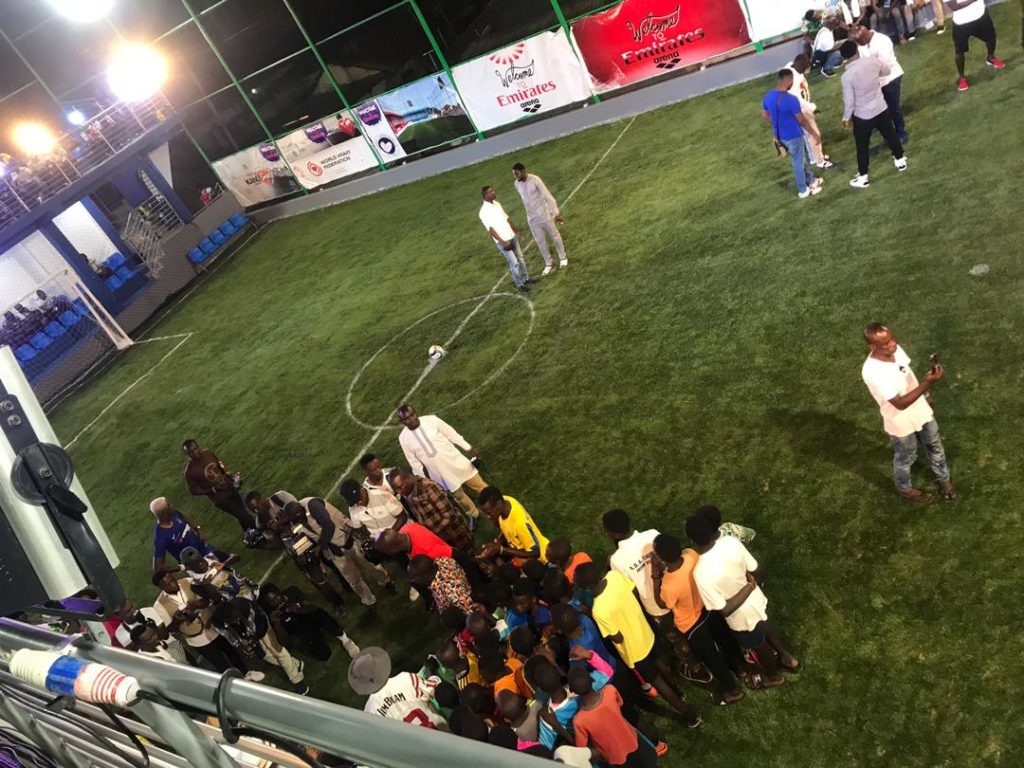 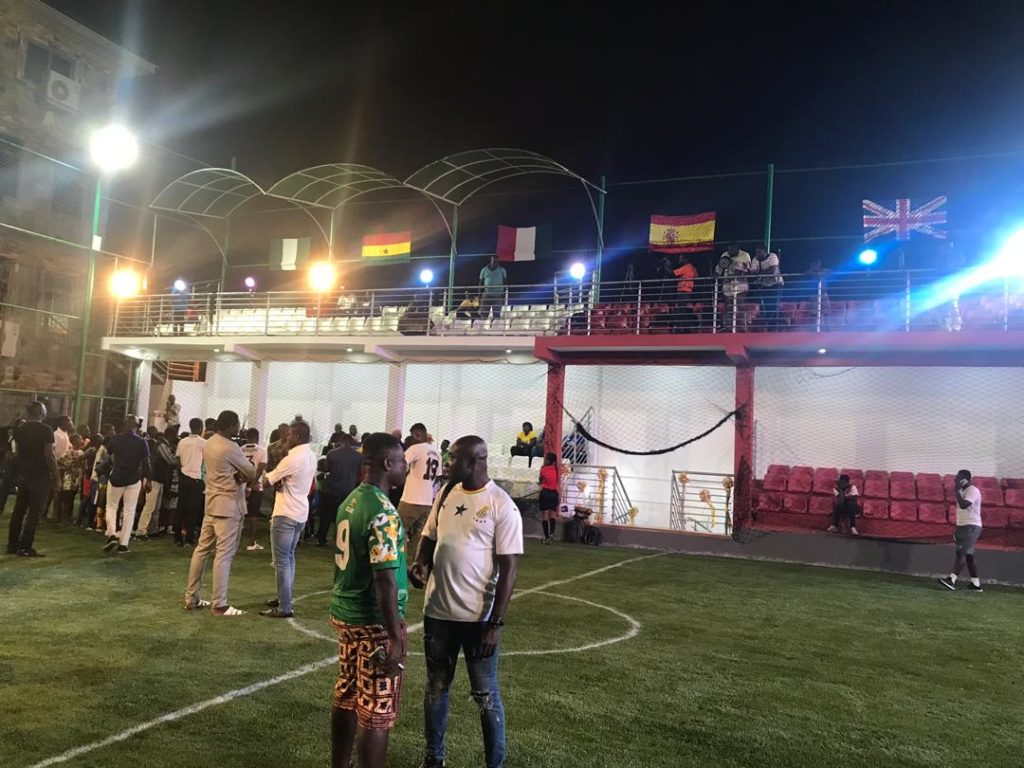 Our aim is to qualify for the Olympics - Ibrahim Tanko