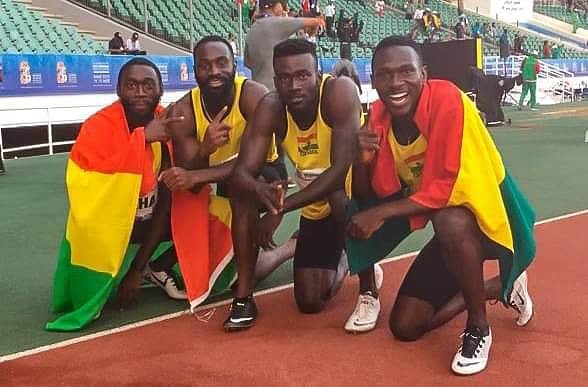 Ghana’s male 4×100 relay team at the 2019 IAAF World Athletics Championships wants to have a shot at a medal on the biggest stage and that will be their motivation when they head to the tracks on Friday in the semi-finals of the relay event.

Ghana heads into the event as African champions after stunning Nigeria in the African Games in August and they are hell-bent on making a good impact in the global competition in Doha.

The team has started training and fine-tuning their routines ahead of the race on Friday.

Speaking to Citi Sports, Joseph Paul Amoah, said that he and his team-mates had their eyes locked on getting a place in the finals of the relay event and they were aware of what was expected of them by virtue of their exploits in the African Games.

“I expected that from people because we cannot be African champions and come to the World Championships and not make the finals.

The first goal for us is to make it to the finals and when we get there, we want to get a medal. We are working and putting things in place for that to happen.

Every one is highly motivated. We are trying to get a medal and that is our focus right now.”

The relay team is made up of Joseph Paul Amoah, Edwin Gadayi, Benjamin Azamati, and Sean Safo-Antwi and they head into the race ranked 13th in the world.