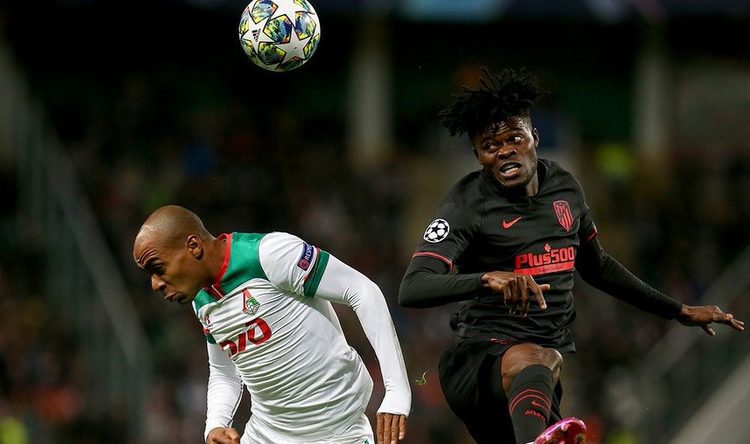 Atletico Madrid, last night, saw off their Russian opponents, Lokomotiv in a comfortable 2-0 win in the UEFA Champions League.

Ghanaian international, Thomas Partey was on the score sheet as the Madrid-based club recorded their first victory of the UCL season after an opening draw with Juventus.

Partey who was praised for his incredible performance against Real Madrid in the Madrid derby in La Liga once again showed class against Locomotiv Moscow on Tuesday night.

Atletico Madrid travelled to Russia in search of a win and got that, courtesy goals from Joao Felix and Thomas Partey.

After the game, fans lavished high praises on the midfield dynamo.

Next season Man United is buying Thomas Partey.. you saw it here first

He moved the PARTY from Madrid to Russia. It's Partey's world, and we are just living in it. pic.twitter.com/6wniL6JOoF

Thomas Partey is on a different planet with a goal for Atletico on a Champions League night…. Richmond Boakye Yiadom should be looked at by Kwesi Appiah.

What a team goal from Atletico! Thomas Partey 2-0 #ChampionsLeague pic.twitter.com/tjIfU3Kk05

The 26-year-old midfielder was not the only Ghanaian to find the back of the net in the UCL as Richmond Boakye Yiadom also scored for Red Star Belgrade.

Richmond Boakye-Yiadom and Thomas Partey scoring on a Champions League night. This is where Ghana belongs 🇬🇭 pic.twitter.com/C2kJ3a699U