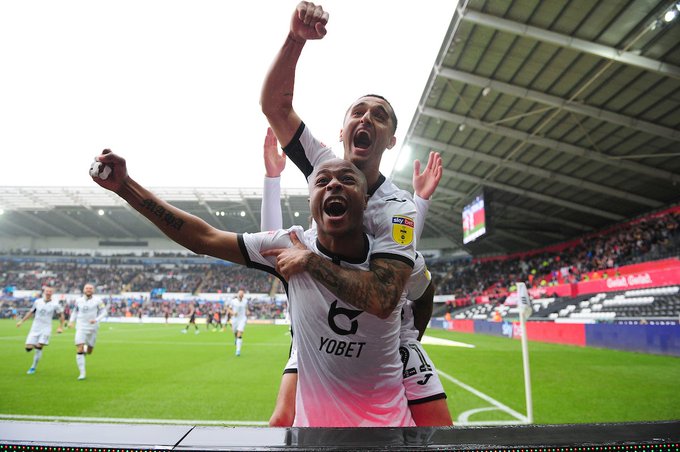 Despite scoring for the second straight league game, Ghana captain Andre Ayew saw his Swansea side fall to a 2-1 defeat at home to Stoke.

Ayew found the net after just 60 seconds at the Liberty Stadium, scoring from a rebound after Yan Dhanda’s effort was saved by Stoke keeper Federici.

Stoke levelled 21 minutes later with Sam Clucas finished after Swansea keeper Woodman parried a shot by Allen into his path.

Scott Hogan broke Swans hearts with a 90th-minute winner for the visitors.

Ayew would have been delighted to score another goal so soon after ending his three-year-long league goal drought in midweek. 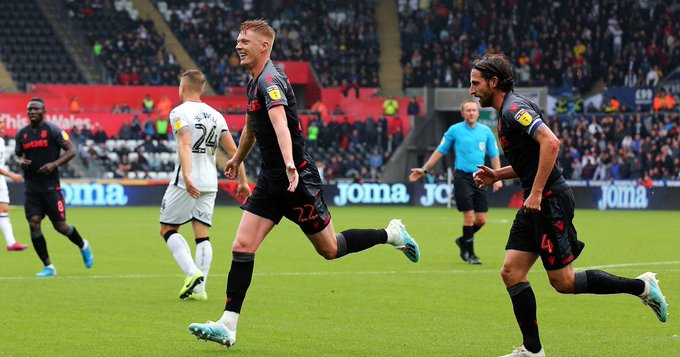 Including his winner against Charlton, Ayew has now scored two goals in the Championship and four overall in ten games. The player has also set up three goals for his teammates.

The result means Swansea dropped to fourth in the Championship, one point behind new leaders West Brom.