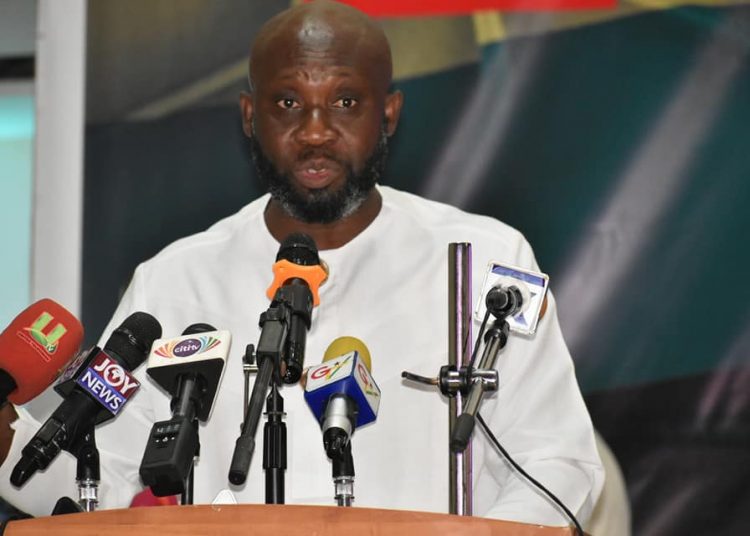 GFA Presidential hopeful, George Afriyie, launched his campaign manifesto in Sunyani on Saturday at a ceremony held at the Eusbett Hotel.

The campaign manifesto dubbed “Restoration” was described by Afriyie as the blueprint to bring back the glory of the local game after years of being in disrepair.

The event was attended by leading footballing personalities in Ghana and some other hopefuls for the position of GFA President including Kurt Okraku, Executive Chairman of Dreams FC.

While other candidates chose to announce their plans and the guiding documents in Accra, Afriyie chose the capital of the Bono Region as the for the release for his plans for Ghana football and he explained his decision at the launch.

What’s in the manifesto?

The 32-page manifesto stated that a George Afriyie-led GFA would:

“To establish a well-defined career pathway anchored in transparency for all in the pursuit of excellence within Ghana football.  A pathway ignoring exclusivity, embracing diversity and encouraging inclusivity.”

The document also highlighted how an Afriyie-led administration would fund its numerous projects and in that regard, Afriyie said that he would put together an “Organisation of Ghana Football Fair” to help clubs and corporate entities meet to see how they can create meaningful and beneficial relations for the betterment of Ghana football.

With the campaign manifesto launched, Afriyie and his team are expected to go round the country and try to convince the 120 delegates who will vote on October 25 to give their support and votes for him to become the next GFA President.