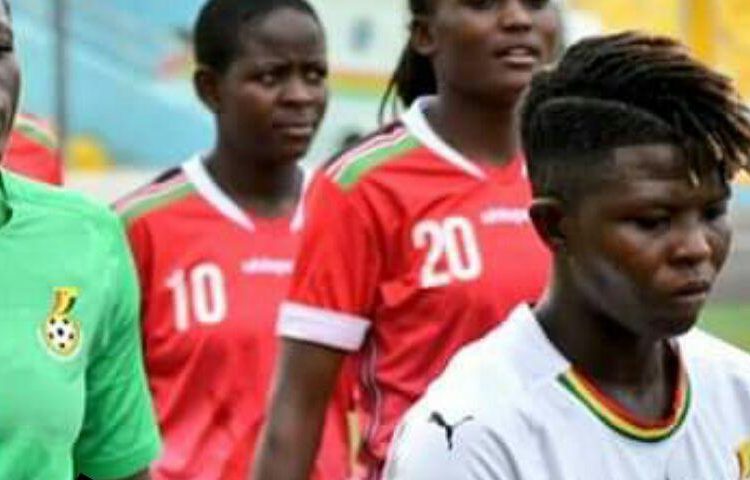 Ghana’s Black Queens lost 1-0 to Kenya in Nairobi on Tuesday to end their journey to the 2020 Women’s Olympic Football tournament.

Kenya scored the winning goal in the 99th minute via a penalty after Justice Tweneboah handled a goal-bound header.

Gentrix Shikangwa stepped up and scored the kick which ultimately proved vital for the home team.

After drawing goalless in Accra in the first leg, Ghana needed a score draw or a victory to make it through but despite looking fairly comfortable in possession, they could not threaten the Kenyans enough.

The Kenyans were also not too good on the ball and that meant that first and second halves ended goalless.

However, the tempo of the match picked up in the extra time and it was the Kenyans who found the breakthrough.

Ghana was forced to chase the leveler that would have sent them through and that allowed Kenya to play on the break. They, however, could not add to their lead as the match came to an end.

The result sets up Kenya with the winner of the match between Botswana and Zambia in the next round of the qualifiers.