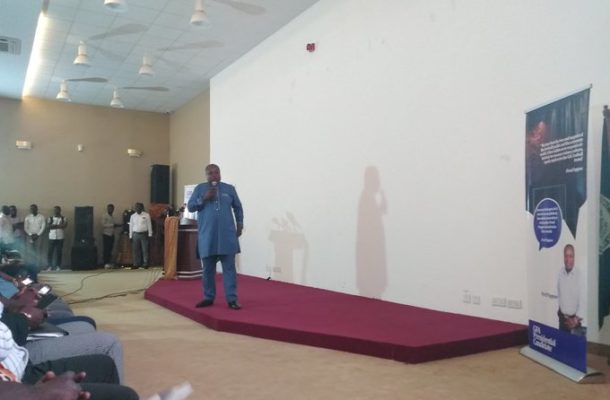 GFA Presidential candidate, Fred Pappoe, has launched his manifesto ahead of the October 25 elections.

The event was held at the Accra Metropolitan Assembly and it attracted the presence of leading Ghanaian football officials who were either associates of Pappoe or representatives of the other candidates.

Pappoe’s manifesto focused on reviving Ghana football in areas such as sponsorship, women’s football, the local league as well as enhancing the brand of the Black Stars to get back the fans back on the team’s side.

Some of the main pillars of Pappoe’s intended reign as the one in charge of Ghana football are:

1. To have a Football Association which can match what the leading football associations have.

2. A code of conduct for stakeholders of the game such as officials for national team coaches, referees and players

3. Setting up of a compulsory insurance and pension programmer for players

4. The creation of a Council of Elders for the local game

5. The enforcement of the club licensing tenets and regulations

7. Using military men who will be trained as referees as way of dealing with violence at match centres.

8. Making the Ghanaian Soccer Centre of Excellence a viable facility that will make money and can also host various national teams.