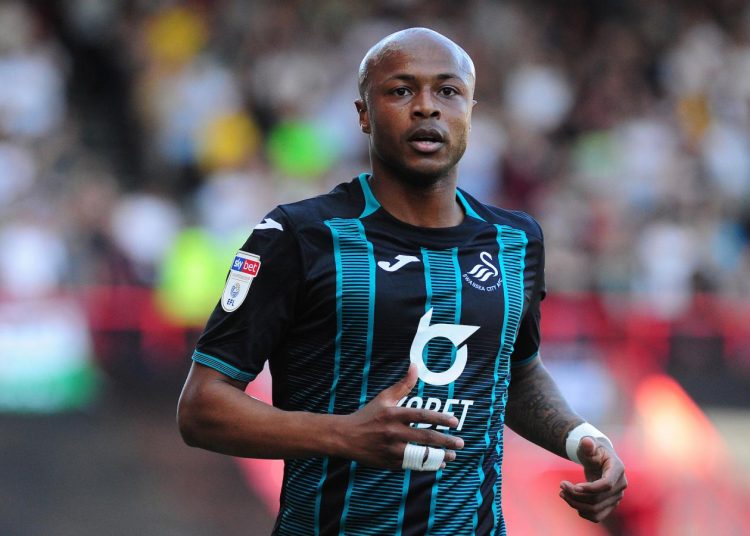 Ghana forward, Andre Ayew, is very certain that his club, Swansea City, will kick on from their recent loss to Stoke City in the Championship and push on to do better in the SkyBet Championship season.

Despite Ayew’s efforts in their last league match against Stoke City, Swansea City lost 2-1 and they lost top spot in the process.

Ayew spoke to the team’s official website on Sunday and said that he was confident that they would learn from their errors in the Stoke City game and push themselves to do better in future matches.

“We’re going to learn from that game. It may not seem like it now, but this will be a good lesson for us. We always need to be ready for any challenge that the Championship brings. We’ve done great things this season and some that aren’t so great. But what we’re doing at the moment is good and we need to continue that.

We’re working hard, training well and we need to keep that going. A lot of teams would love to be where we are in the table. I believe in the squad – there is no problem. When you’re towards the top of the table, you have to respond when things go wrong – that’s very important.”

When the Championship returns, Ayew and Swansea City head to Barnsley on October 19 before they take on Brentford and Cardiff City.

“We were not good enough to beat Senegal”- Maxwell Konadu

"We were not good enough to beat Senegal"- Maxwell Konadu