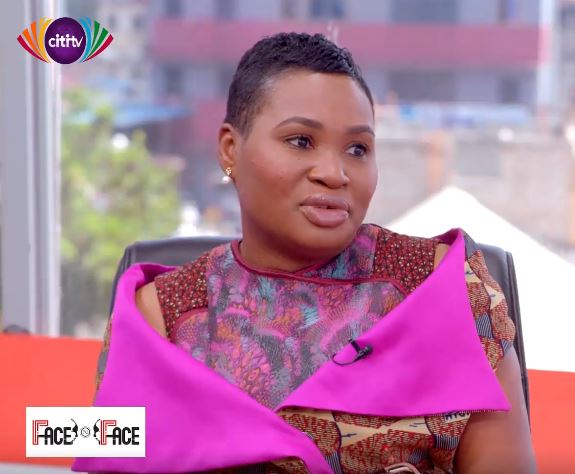 A member of the GFA Normalisation Committee, Naa Odofoley Nortey, has admitted that fixing Ghana football involved so much work that her eyesight has had to take a hit.

Nortey was part of the Normalisation Committee that was put in place by FIFA after the events of the Anas “Number 12” documentary in August 2018 to run Ghana football and lay the grounds for changes in the statutes and the organisation of elections to find a new GFA boss to replace Kwesi Nyantakyi who had been allegedly implicated in the documentary.

She said on Citi TV’s Face To Face with Godfred Akoto Boafo on Tuesday that she was very surprised at the sheer volume of work that had to be done in relation to repairing Ghana football and added lightly that as a consequence, it took a toll in terms of her eyesight.

“I did not expect that amount of work at the Ghana FA. Not at all. Of course, I had done a few cases at the Player Status Committee level at the FA for clubs that needed legal representation but I did not have an idea of the magnitude of work that had to be done.  If I had had an inkling of the work to be done, perhaps, I would not have done it.

I remember an incident when Mr Alex Asante came to one of our meetings with a huge file full of letters and other things that he said needed urgent attention. I did not believe so but he insisted that each item was urgent and so, I had to roll up our sleeves, look for my glasses and get to work.

And I blame the NC for my use of the glasses now. Before joining them, I had wonderful eyesight and now, I have glasses and I can hardly see without them now.”

The Normalisation Committee’s mandate will come to an official end on November 17 and it will hand the reins of Ghana football over to the newly-formed Executive Council and the new Ghana FA President, Kurt. E.S. Okraku.