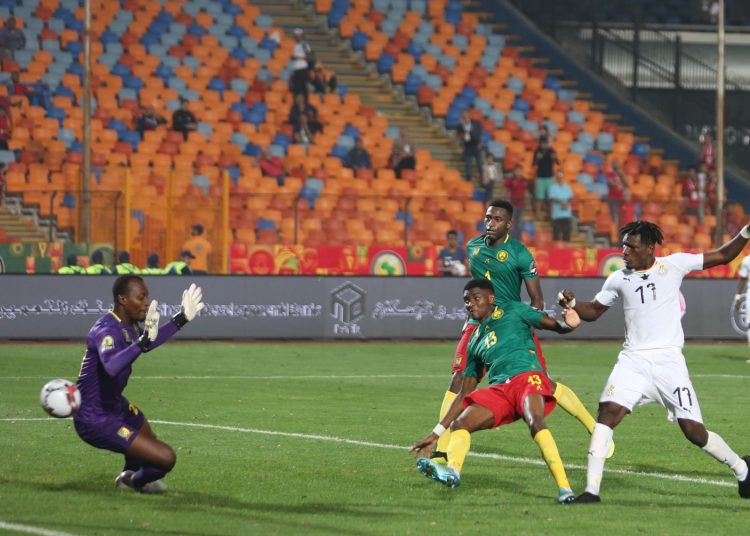 Ghana and Cameroon played out a 1-1 draw in their opening game at the CAF U-23 African Cup of Nations (AFCON) on Friday.

The Black Meteors picked up a point after Mohammed Habib’s equaliser, four minutes from time cancelled out a wonderful free-kick from Cameroon’s Franck Evina.

The first half had ended goalless with Cameroon the better side for much of the opening 45 minutes.

They took the lead deservedly in the 60th minutes as Evina curled in a brilliant free-kick.

The Ghanaians dominated the rest of the game and found an equaliser with four minutes to go as Habib pounced on a ball over the top and poked the ball past the goalkeeper.

See the highlights of the game below