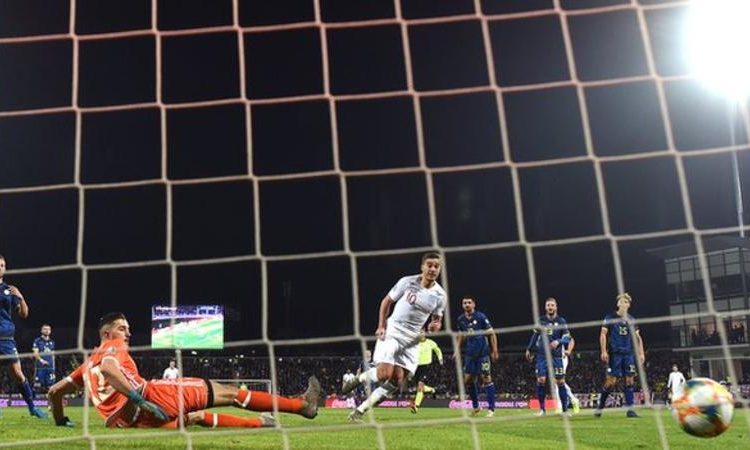 England concluded their successful Euro 2020 qualifying campaign with a victory over Kosovo that ensures they will be among the top six seeds in next summer’s tournament.

Despite the emphatic scoreline, it was an unconvincing performance by Gareth Southgate’s side but they were still able to end as comfortable winners in a remarkable atmosphere in Pristina.

It was a celebratory occasion where the visitors’ received a heroes’ welcome as icons in this country and for the part the United Kingdom played in its 1999 liberation following the Kosovo war.

Needing to avoid defeat to make sure they are in the top pot when the draw is made, England took a first-half lead as Harry Winks produced a composed finish for his first international goal.

Captain Harry Kane effectively wrapped things up with his 32nd goal for England from close range late on – maintaining a superb record of scoring in all eight qualifiers, before substitute Marcus Rashford got in on the act with a smooth finish.

Mason Mount rounded things off in the closing moments for his first goal for his country at senior level.

Kosovo, who were out of automatic qualifying contention but still played with great heart, had opportunities to make it even more of a gala night when trailing by a single goal but missed the chances that presented themselves, captain Amir Rrahmani headed wide of an open goal and Valon Berisha was inches off target.

England, however scrappy in spells, got the job done and can now start planning for Euro 2020.