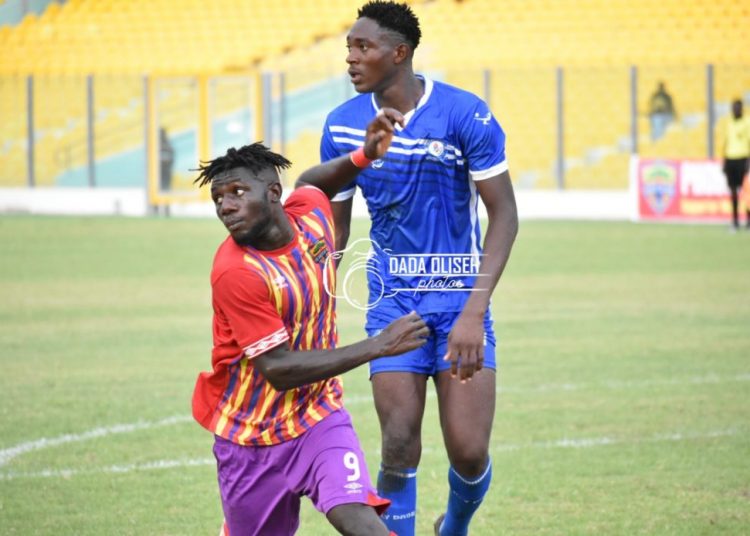 Accra Hearts of Oak and Wa All Stars played out a 1-1 draw at the Accra Sports Stadium on Sunday in a club friendly match.

Both teams were using the match to keep their players sharp as the wait for the return of competitive football continued but the visitors looked sharp and created some good chances.

They went close to scoring first when Hearts defender, Benjamin Agyare, missed a clearance but Wa All Stars failed to take advantage as the shot from their attacker curled away from goal.

Hearts also had some opportunities but they could not get past Wa All Stars’ goalkeeper, Fatau Dauda.

All Stars took the lead in first half injury time through a Gerald Jackson effort. After receiving the ball from the left flank, he managed to create some space through a turn and curl home a wonderful finish.

Hearts upped the tempo in the second half and they got the equaliser through substitute Kojo Obeng Jnr’s header in the 74th minute.

Neither side failed to add to the tally and the match ended square.

AFCON 2021 Qualifiers: São Tomé and Príncipe match will not be easy - Kwesi Appiah