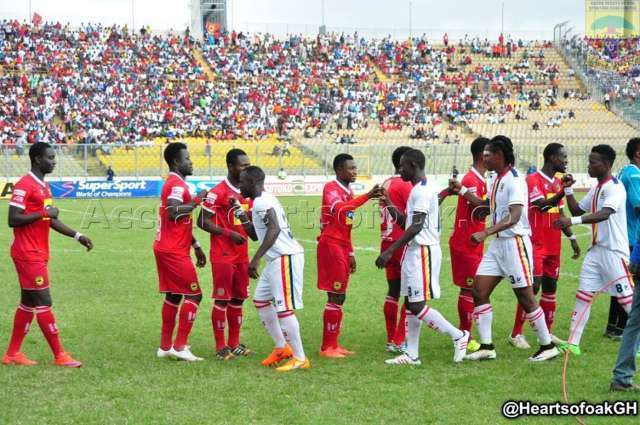 The replay of the 2019 President’s Cup between Hearts of Oak and Asante Kotoko has been postponed to December 22 and it will now be played at the Baba Yara Stadium.

The development was announced via a letter from the Ghana League Clubs Association (GHALCA) who are the organisers of the match.

The letter did not state any reasons for the change of date and venue but it said that the decision was taken after all parties were consulted.

However, Citi Sports sources say that the decision to change the venue was down to the poor state of the pitch of the Accra Sports Stadium after it hosted a concert that starred US rapper Cardi B last Sunday. 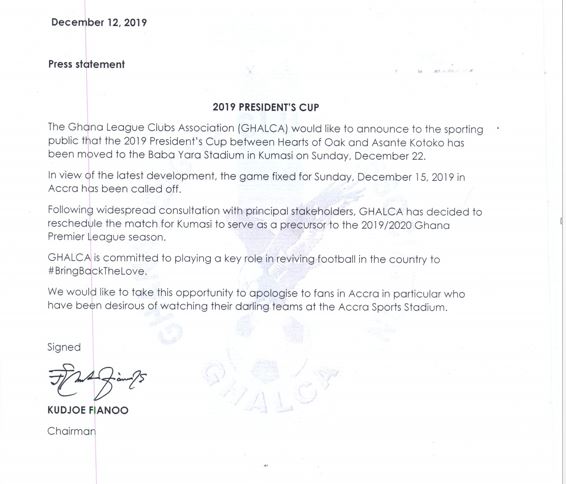 Sources say that the National Sports Authority was not happy with the condition of the playing surface and thus, it had to find an alternative.

The initial match in September was called off after 10 minutes due to a soggy Baba Yara Stadium pitch following heavy rains in Kumasi.

GHALCA further apologised to the many fans who were prepping to see the two biggest clubs in Ghana face each other in Accra.