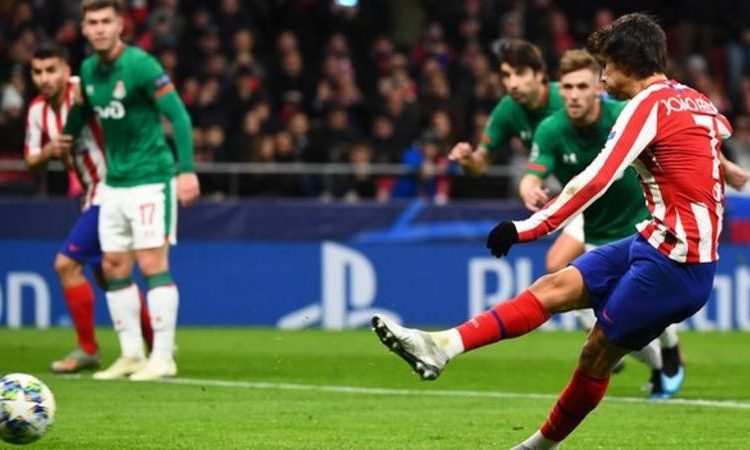 Atletico Madrid eased into the last 16 of the Champions League with a comfortable victory over Lokomotiv Moscow at the Wanda Metropolitano.

Atletico’s win sees them finish second ahead of Bayer Leverkusen, who were beaten 2-0 by Group D winners Juventus in Germany.

Kieran Trippier saw his early penalty saved but Joao Felix then scored the hosts’ second spot-kick of the night.

Diego Simeone’s side had started the evening a point ahead of Peter Bosz’s Leverkusen side in the group and made a quick start against bottom club Lokomotiv.

With barely a minute on the clock Felix’s darting run drew a foul from Anton Kochenkov, but the visiting keeper made amends by pushing England full-back Trippier’s penalty on to the left post.

Felix though converted his effort from 12 yards, after Rifat Zhemaletdinov had handled the ball 15 minutes later.

The hosts, who had an Alvaro Morata effort ruled out for offside after it was referred to VAR, were guilty of wasting several excellent chances to extend their lead until Brazilian defender Felipe volleyed in Koke’s cross from the right.

Watch highlights of the game below