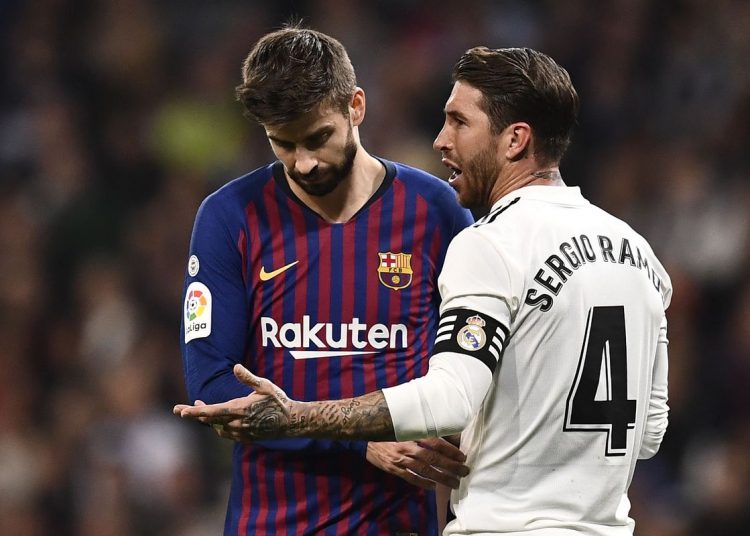 Marc-Andre ter Stegen (GK) – He may have been at fault in Barcelona’s 2-2 draw with Real Sociedad at the weekend but there are few goalkeepers anywhere in better form this year. The ​German is arguably Barça’s most important player after Lionel Messi.

Dani Carvajal (RB) – Likely Barça starter Sergi Roberto has provided six assists in eight appearances against Real Madrid in La Liga – with five of those assists resulting in Luis Suarez goals. However, there is little question that Carvajal is in better form this season – providing four assists himself in 2019/20 in La Liga.

Sergio Ramos (CB) – Assuming he plays, ​Ramos will become the player with the most Clásico appearances in history with 43. Making his first appearance for Madrid against Barça back in 2005/06, the Blancos captain has experienced 21 defeats, eight draws and 13 wins in the Clásico. He has also scored four and been sent off three times.

Raphael Varane (CB) – Real Madrid’s superior defensive record this season means ​Varane gets the nod over Gerard Pique. The World Cup winner has not been on the losing side with Madrid in the league this season and just once in all competitions – the Champions League defeat to PSG back in September.

Jordi Alba (LB) – Barça’s homegrown left back remains the best in La Liga, going forward at least. Injuries have limited the 30-year-old’s involvement this season but he is expected to be back on Wednesday and start ahead of Junior Firpo.

Casemiro (CM) – The Brazilian has been a pillar of stability in an increasingly shifting and uncertain midfield under Zinedine Zidane this season. The defensive star has scored twice for Real Madrid so far in 2019/20.

Fede Valverde (CM) – One of the big surprises of the season so far for Madrid has been the rise of young midfielder, who has made himself indispensable in Zidane’s midfield of late. The 21-year-old Uruguayan signed a new contract last month with a €750m buyout clause.

Frenkie de Jong (CM) – The Dutch creator has adapted well to life at Barcelona and has started 15 out of 16 in La Liga for his new side. 22-year-old De Jong finished 11th in the 2019 Ballon d’Or rankings earlier this month.

Lionel Messi (FW) – After an injury-stunted start to the season, ​Messi has seven goals in his last six league outings and sits top of La Liga’s top scorer charts. The Ballon d’Or and FIFA The Best Men’s Player holder is also ​the all-time top scorer in Clásico matches with 26 – ahead of the likes of Alfredo di Stefano, Cristiano Ronaldo and Raul.

Karim Benzema (FW) – Messi is not alone in the Pichichi charts however as he sits on 12 strikes, the same as ​Benzema, who continues to shine as the main source of goals in attack for Madrid. The Frenchman also has five assists.

Luis Suarez (FW) – ​Suarez has admitted Barça’s need to replace him sooner rather than later, with Lautaro Martinez a reported target. However, the Uruguayan is still just about the best ‘number nine’ in the business. He scored a hat-trick in the corresponding fixture last year as Barcelona won 5-1.