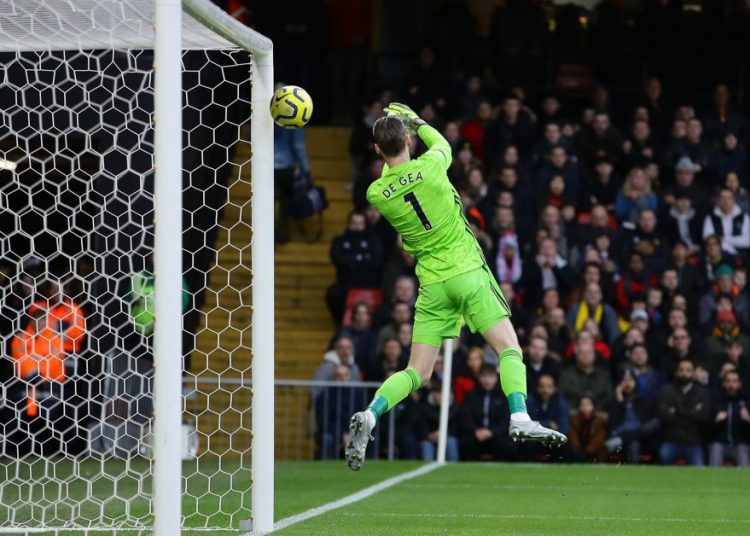 The Spain international inexplicably allowed Ismaila Sarr’s tame effort to slip through his hands and bounce into the back of the net off his own head to give the Hornets the lead.

Nigel Pearson and his beleaguered side could scarcely believe their luck as they ran off in jubilant celebrations as De Gea slumped to his knees in disbelief.

But it was to get much worse for the former Atletico Madrid man as he was then beaten from the spot by Troy Deeney after the usually reliable Aaron Wan-Bissaka brought down Sarr with a poorly timed tackle.

Paul Pogba returned to the Red Devils’ matchday squad for the first time in almost three months, but his introduction from the bench could not inspire a comeback and Watford claimed their first home win of the season.

However, the focus from this game will surely rest on De Gea and his costly error as, for the 13th successive game in a row, the Spaniard failed to keep a clean sheet.

Pearson’s first home match was a free hit heading into Christmas, with the Hornets nine points off the safety before kick-off and already staring down the barrel of relegation.

Yet Watford’s survival hopes received an unlikely shot in the arm on Sunday.

In truth, Ole Gunnar Solskjaer’s side was out-fought and out-thought in Hertfordshire, where a forgettable first half was followed by a second period to remember for the Hornets.

Having shown promise in defeat at table-topping Liverpool last weekend, Pearson’s men took the lead in a league match at Vicarage Road for the first time since April as Sarr’s 50th-minute effort somehow crept past De Gea.

Wan-Bissaka’s foul on Sarr four minutes later allowed Deeney to double Watford’s lead during an extraordinary start to the second half that United was unable to find a way back into as much as Solskjaer’s stunned side tried.

The Red Devils have continued to drop points against so-called lesser opposition this season, with Newcastle United set to visit Old Trafford on Boxing Day hoping to beat United for the second time this season.