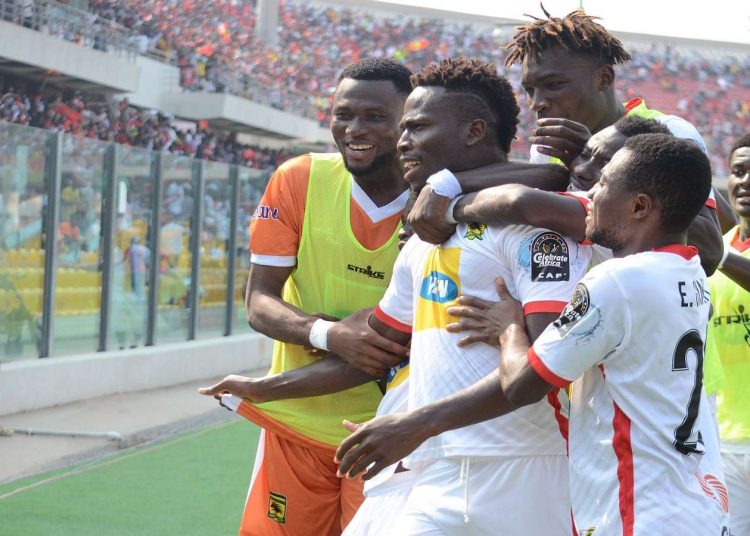 Asante Kotoko are champions of the 2019 Ghana President’s Cup following a 2-1 home victory over arch-rivals Hearts of Oak on Sunday.

Kofi Kordzi scored first for the Phobians but a Mohammed Alhassan’s own goal and a Naby Laye Keita effort secured a comeback win for the Porcupine Warriors at Kumasi’s Baba Stadium.

It is the sixth President’s Cup triumph for Kotoko, two titles more than Hearts.

Sunday’s fixture was a replay of an original match which was called off under 10 minutes due to a heavy downpour in September.

Hearts broke the deadlock through a 35th-minute penalty by Kordzi who made no mistake from 12 yards after Ampem Dacosta was adjudged to have handled the ball in the box.

On the stroke of half-time, Kotoko levelled the score as Alhassan unfortunately directed a ball into his own net following a Patrick Yeboah cross.

On 65 minutes, Yeboah once again showed up with another cross, which was this time headed into the net by Guinean striker Keita.

There was more misery for the Accra-based side in injury time as goalkeeper Ernest Sowah would be sent off for a second bookable offence following a foul on substitute Matthew Cudjoe.

Hearts tried to find a way back into the game but their efforts proved inadequate as the referee whistled to bring the game to an end.

The match also served as a warm-up fixture for both sides ahead of start of the Ghana Premier League on Saturday.

The President’s Cup, which has returned after a one-year absence, is in honour of Ghana’s sitting president Nana Akufo-Addo.