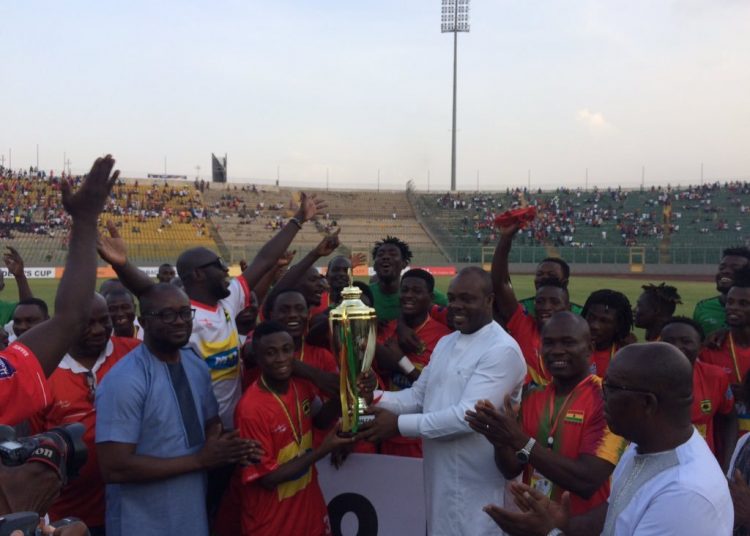 When Naby Keita’s 64th-minute header for Asante Kotoko hit the back of Accra Hearts of Oak’s net in the President’s Cup, it gave the Porcupine Warriors a 2-1 lead that their opponents could not recover from.

Hearts of Oak had taken a first-half lead after Kofi Kordzi found the net but were pegged back right before the break, through an own goal.

Asante Kotoko scored the next goal, which turned out to be the game’s last when Naby Keita met a cross from the left and powered home a header.

Hearts were unable to find a response, with Kotoko picking up their third straight President’s Cup.

The win over their fiercest rivals is a  huge statement from Kotoko who will be pleased to have started the tenure of new boss Maxwell Konadu with a massive victory.

Here’s the goal that gave Kotoko the win:

🎥 the MOVE, the CROSS, the HEADER, the CELEBRATION 🔥#AKSC pic.twitter.com/7vmfsrxE9A