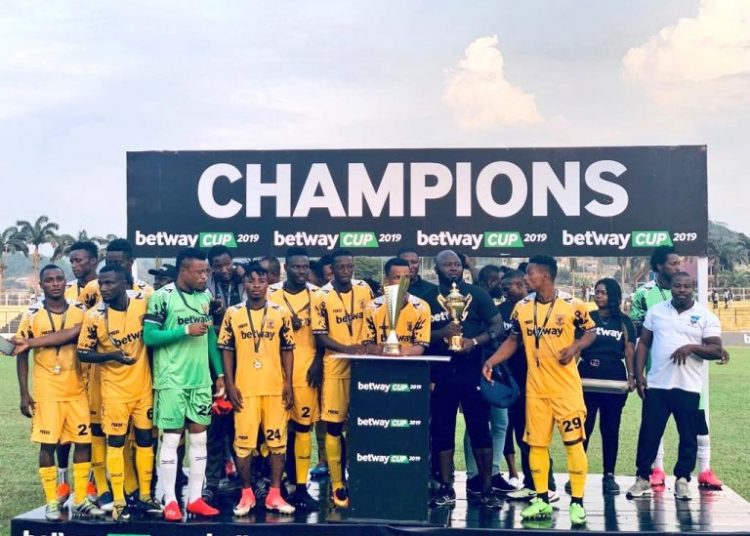 The Ghana Premier League will kick off this weekend for the 2019/2020 season after a long wait spanning nearly 18 months.

The new 18-team league promises to be riveting and long, and is sure to be littered with several twists and turns along the line.

While the battle for relegation towards the end always makes for an intriguing episode, the jostling at the top for the title and a top 4 finish can be just as dramatic if not more.

Betway-backed Ashantigold, will certainly be in the mix for the title while two others, Liberty Professionals and Aduana Stars, will be chasing a top 4 finish.

Here is what to expect from the clubs sponsored by Betway in the upcoming Ghana Premier League.

The Miners possess one of the best-assembled squads in the league, with a balanced mix of youth and experience.

They won the NC Special Tier 2 competition and narrowly missed out on the group stages of the CAF Confederation Cup. Having won the league in 2015, the 4-time champions still have a considerable number of the players from 4 years ago.

Captain Shafiu Mumuni is arguably the best striker in the local scene, but the likes of Amos Addai, Hafiz Tijani, Roland Amuzou, who all won the league under Bashir Hayford, are still around and will provide needed experience.

With young and enterprising players such as Appiah MacCarthy, Latif Anabila and Mark Agyekum, Ashantigold will sure know that winning the league is well within their reach.

We begin the season with a game against Great Olympics this afternoon (3:00PM) at the Len Clay.#OlympicsMustFall #Miners pic.twitter.com/hSUJiRc48x

“I think it will be an exciting season. I think all the 17 teams are a threat to our campaign. That not withstanding, I think we can still finish in the top 4. Anything below that will be considered a failure.”

The Scientific Soccerlads have a new coach in charge, and while that brings uncertainty on what to expect of their season, it’s also refreshing to see what he brings on board.

He has the materials to execute such a strategy too. Captain Elvis Kyei Baffour will be doing pinpoint deliveries from the middle of the park while right back Michael Ampadu will hope to prove why he is considered one of the best full backs in the country.

There’s a lot of talk about young midfielder Emmanuel Issaka, who Liberty acquired from Right to Dream Academy. A lot of eyes will be watching this young chap.

The @GhanaLeague fixtures are out.
Our first game of the season is at home to @WaAllStarsFC.

“We have very young players, new recruits who are hungry to win the cup. We have worked hard and the kids are excited for the new season. I’m expecting Liberty to finish in the top 4.”

Since winning the league in 2017, Aduana Stars have gone through a bit of turmoil with several key players leaving the club in the last two years.

A good crop of the players that competed in the group stages of the CAF Confederation Cup in 2018 have since left the club with the exit of midfielders Emmanuel Boateng and Zakaria Mumuni the most profound.

While he likes of Sam Adams and Derrick Sasraku have all left, the Ogya Lads have still got considerable firepower in them.

Noah Martey and Elvis Opoku still remain two of the best central midfielders in the league while Bright Adjei, Yahaya Mohammed and Nathaniel Asamoah, in their days, can tear defenses apart.

Justice Anane is an exciting left back, while Caleb Amankwah can provide cover across the back 4.

Paul Aidoo, Anokye Badu, Hafiz Adams, Emmanuel Akuoku, all still remain at the club and they are expected to be competitive as always.

Anything less than a top 4 finish will be considered an underwhelming performance for Aduana Stars.

Aduana Stars host Inter Allies in the first game of the season.