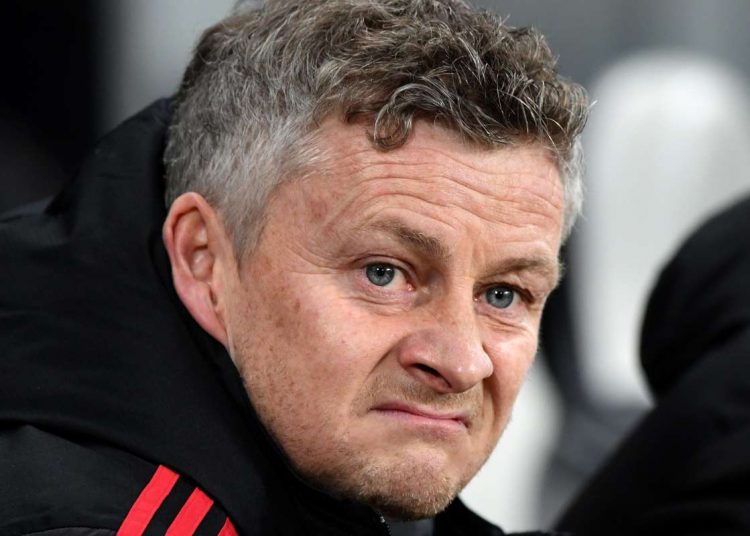 Man Utd fans were less than pleased with Wednesday’s 2-0 loss to struggling Arsenal.

Goals from Nicholas Pepe and Sokratis ensured that Man Utd’s mini-recovery was just that, and sent the Gunners into the top half of the Premier League.

Man Utd however, who were without French playmaker, Paul Pogba, struggled to create anything against an Arsenal team that was beaten by Chelsea at the Emirates only days earlier.

Fans of the Red Devils were upset about the result and took to social media during the game and after the final whistle to vent their spleen.

While some focused on the result, others had a bone to pick with the performance of certain players.

Most people, however, targetted the manager, Ole Gunnar Solskjaer, criticising his, lineup, substitutions and other tactical decisions.

The hashtag, #OleOut, like it has several times this season, trended on Twitter with Man Utd fans calling for his exit.

Man United are fifth, five points behind Chelsea who are in the final Champions League spot and 24 points behind fierce rivals and league leaders Liverpool.

The loss to Arsenal was United’s sixth of the season and their second in the last five games.

Here’s some of what Man United fans have been saying on social media:

Ole’s demeanour in his post-match interview was a major point of criticism for United fans, who could understand why their gaffer seemed so chipper.

Do you think this is acceptable for a Manchester Utd manager? Once the biggest club in the world?#OleOut#GlazersOut pic.twitter.com/PxQf3KLJHG

Just going back to yesterday’s result, look at what Arteta has done in a space of a couple weeks with that Arsenal side and then there’s people that want to talk to me about trusting the process with Ole. 🤣 #OleOut

At the same time last season, under Ole’s predecessor, Jose Mourinho, United seemed to be better off, at least looking at the stats

Abeg Show me where we improved. Even after getting rid of some “Deadwoods”.#OleOut

United fans are ready to go into ‘damage control’ mode

God help us if we get Sean Longstaff or Declan Rice, mediocre FC is getting worse we need #OleOut and #GlazersOut the mess Ole will leave will take years to rectify, will do anything to stay in the job that includes buying shit players

Some feel tactics really aren’t Ole’s strongest quality and for a manager, that’s a dealbreaker

reflecting on last nights game, its now become blatantly obvious that ole has absolutely no clue what he is doing. no tactics, in game management is zero… he doesnt even know what his star player is up to.

The Man Utd manager can’t please everyone with his squad selections but it seems he’s pleasing no one.

You have Brandon Williams. Somebody who puts in MOTM performance every time he is on the field and you bench him for shaw. Ole is tactically inept. Sack the clown. #OleOut

When you’re the reason comparisons between Cafu and Maitland-Niles are being made, maybe change is needed

Losing to this Arsenal side is the clearest indication we need a new manager. Today we made Maitland-Niles look a modern day Cafu. Sad. #OleOut

No need for too many words