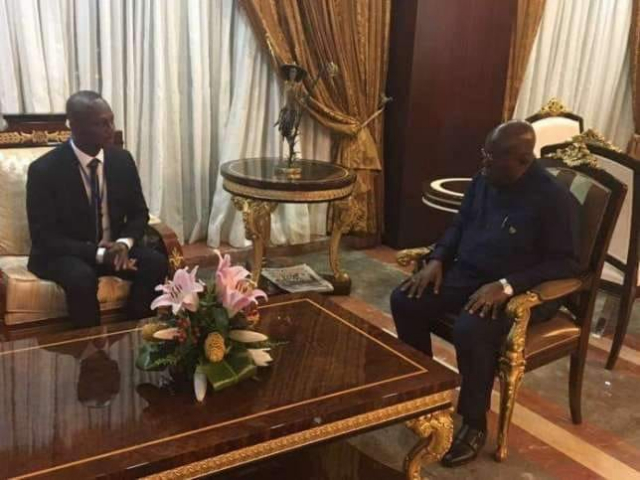 Former Black Stars head coach, Kwesi Appiah, has expressed his gratitude to the President of Ghana, Nana Akufo Addo, for the chance to handle the senior national football team, the Black Stars.

Appiah’s thoughts were captured in a statement released on Sunday evening.

Appiah’s contract with the national team expired on December 31 but all hopes of an extension were ended  in January 2020 after the Ghana FA announced the dissolution of the technical teams of the nation’s football teams. GFA President, Kurt Okraku, said that the decision was taken to give the teams a new direction and a new lease of life for the future.

In the statement, Kwesi Appiah said he was appreciative of the chance to lead the Black Stars and expressed his thanks to the President for the opening.

“It has been  an absolute honour to to have had the opportunity and privilege to coach the Black Stars.

Throughout the years, I worked with my backroom staff to lay the strong foundation required for others to build on towards a better future and success for the team. 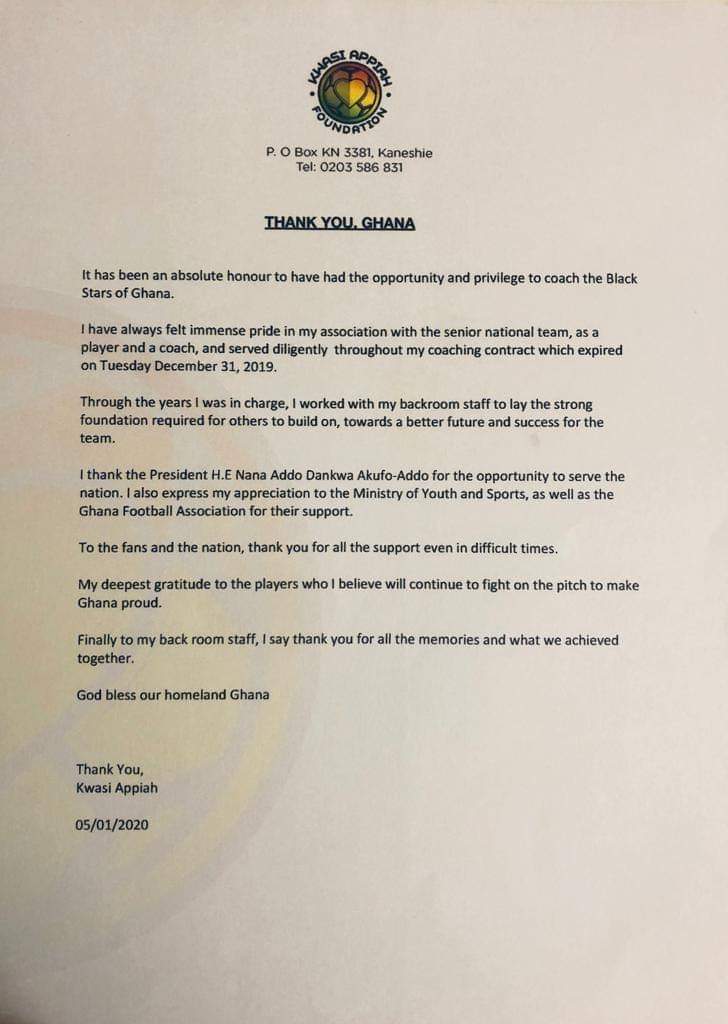 I thank the President, Nana Addo Dankwa Akufo Addo, for the opportunity to serve the nation.”

Appiah went to thank the players, his backroom staff, the Sports Ministry and the Ghana FA for their support during his time in charge of the national team.

In his second stint in charge of the national team, Appiah led Ghana to a Round of 16 place in the 2019 African Nations Cup in Egypt where they lost to Tunisia on penalties.