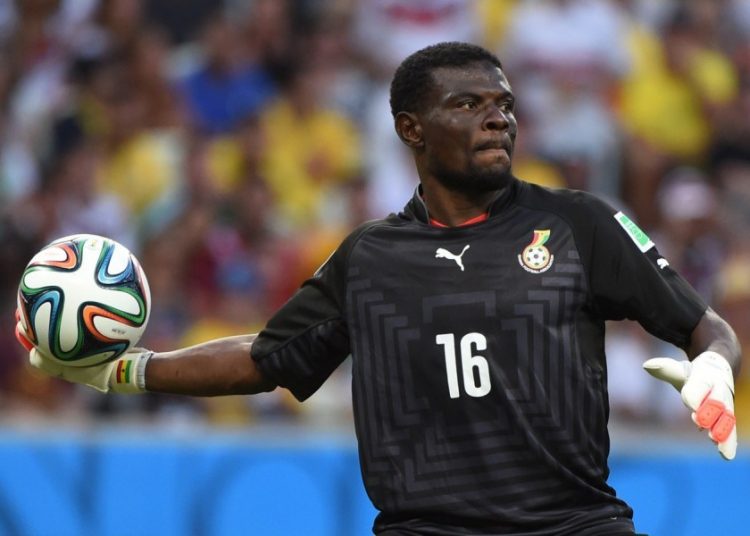 Reports were rife during and after the 2014 World Cup in Brazil that tension existed between the two shot stoppers due to competition for places and this had forced Dauda to take the matter up in the spiritual realms.

He was blamed for Kwarasey’s inconsistencies at the time and also the spate of injuries that he suffered immediately after the World Cup.

“Yes, Ghanaians are saying it and I have heard it but that’s the nature of job.

“If I have juju I will use it to secure a big deal outside to play for Real Madrid or Barcelona to make big money.

“I pray a lot, not for performances but to God to protect me from injury.

“I train a lot, I am 34 years but the training I go through I don’t think the young ones can match it.

“I train and pray so I don’t know where that rumour is coming from,” he stated on The Tracker on Citi Tv.

Dauda went on to add that contrary to reports, he has a very cordial relationship with Kwarasey which begun at Afcon 2013.

“Before every game he would come to my room and tell me to go and do well.

“He even gave me a phone one time because he had purchased a new one.

“He asked me to give him any amount of money that I had so I could keep it because he likes me.

“So I’m unsure where these things are coming from” he concluded.

The veteran Dauda recently returned from a stint in Nigeria to feature for Ghana Premier League side Legon Cities FC.

According to him his efforts are focused on helping the young team do well this campaign.

‘If I had juju, I’d play for Real Madrid and make money, not bench Kwarasey’ – Fatau Dauda