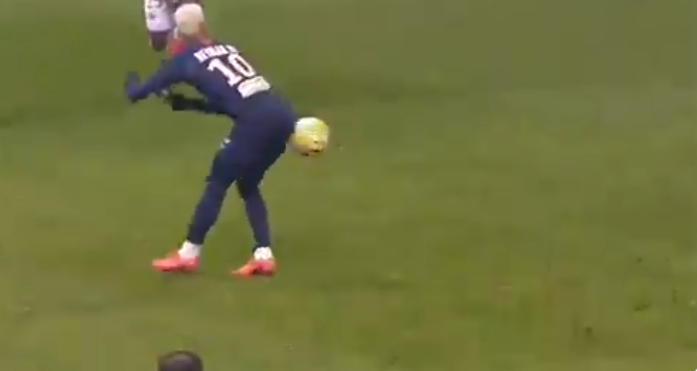 Brazil star, Neymar, is one of the most skilful players you’ll ever find on a football pitch.

While most players are hesitant in showing too many flashy moves on the field during matches, Neymar has, throughout his career, never been shy of the occasional flick or nutmeg.

However, the most ardent Neymar stan might look at you funny if you told them what the Brazilian did on Wednesday night. 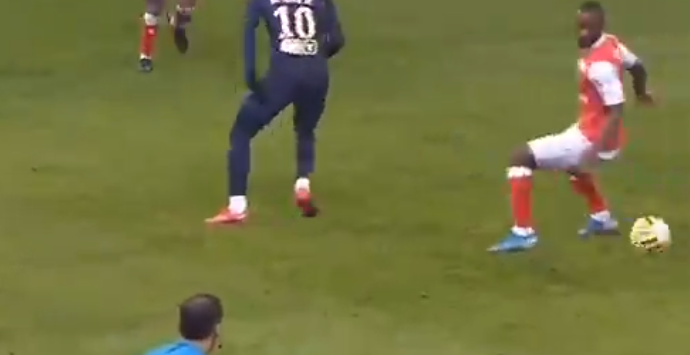 When a pass over the top was landing behind him in the French League Cup against Reims, Neymar, instead of turning to meet it, stuck out his backside which the ball connected with, resulting in a perfect pass to his teammate.

PSG eventually won the match 3-0 to progress to the final, with Marquinhos and Tanguy Kouassi on the scoresheet, along with an own-goal from Ghislain Konan.

It was an outrageous and brilliant skill from Neymar and earned him wows and praise from the watching crowd, which moved quickly onto social media.

This guy is just on vacation in the french league

He enjoys wat he does

Man, when he’s playing like Neymar we know, the whole world is happy, we love him, if you hate him, you need to seek help