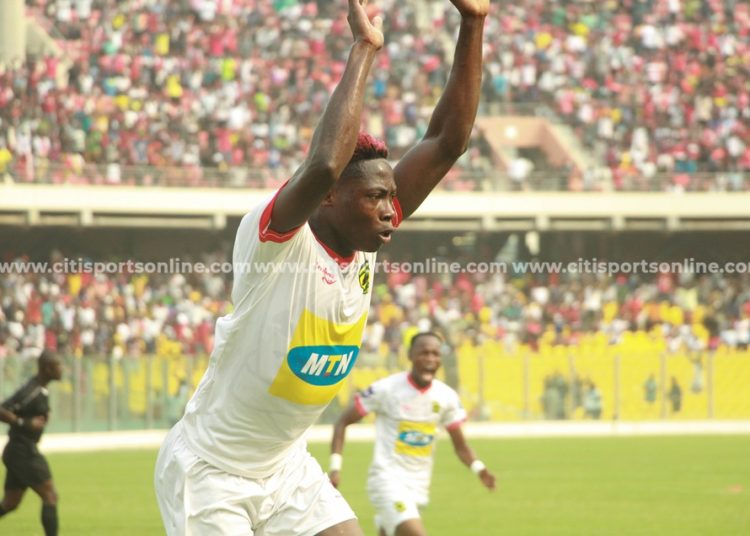 Justice Blay who scored Asante Kotoko’s opener in their 2-1 win over rivals Hearts of Oak was named the Man of the Match.

Blay towered over his Hearts of Oak marker to head home in the 11th minute for Asante Kotoko.

He capped it off with a great acrobatic celebration as he ran off toward his adoring fans.

Justice Blay has a knack for early goals as he also scored the first goal of the Ghana Premier League season inside two minutes five weeks ago. 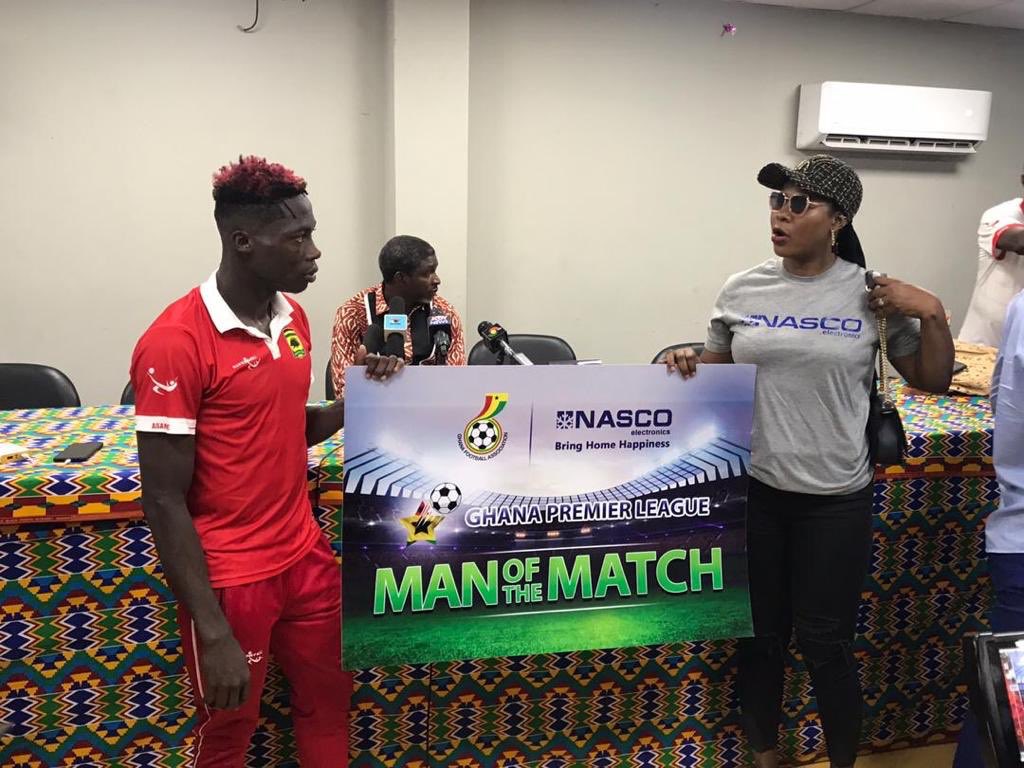 Blay wasn’t just on the end of the crosses against Hearts of Oak, he was involved in many of Kotoko’s positive moves, earning applause from the fans on several occasions.

He was presented with his award – a couple of Nasco products – after the game, in front of his beaming coach, Maxwell Konadu. 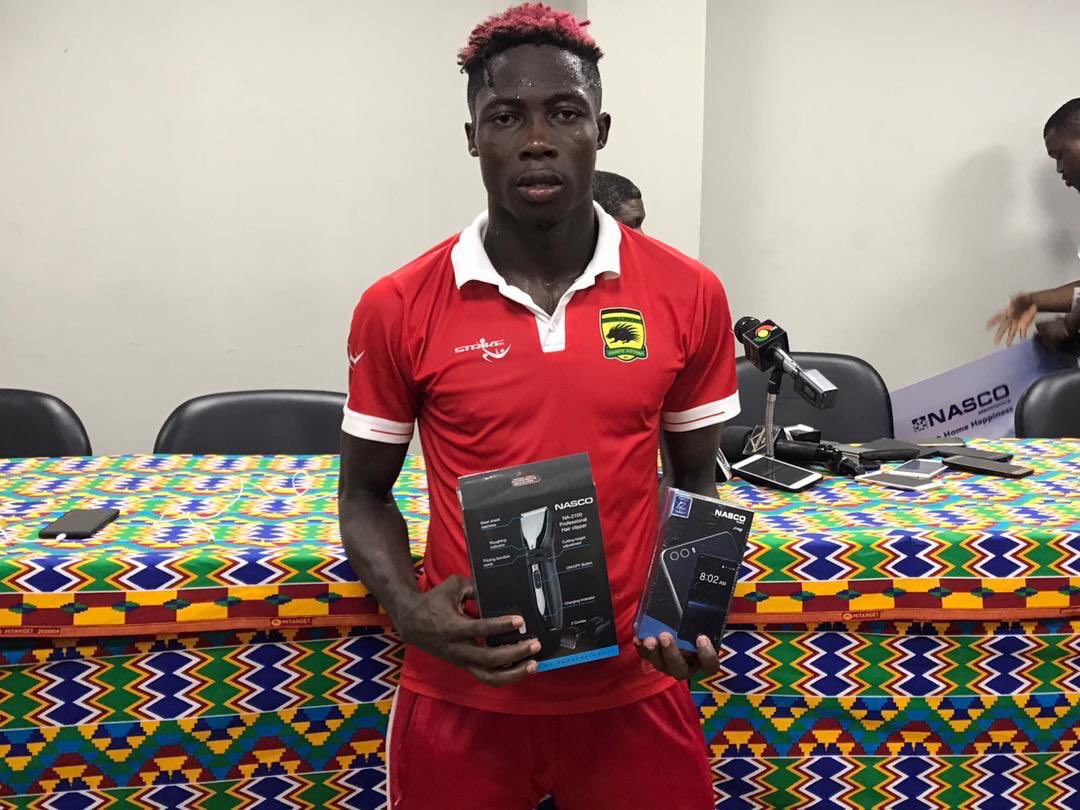 Take a look at Justice Blay’s brilliant header below: