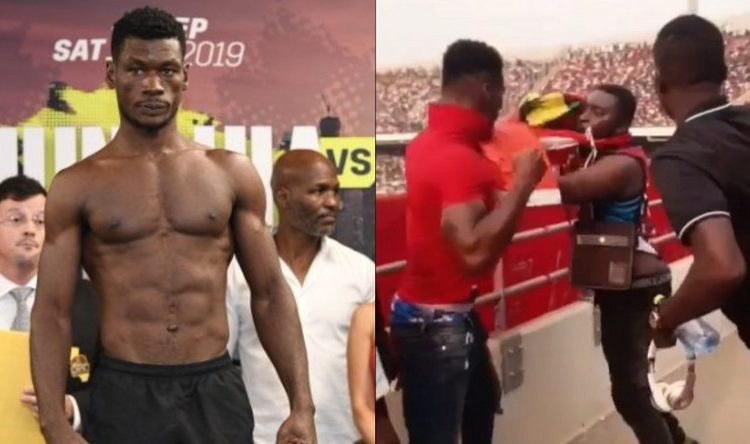 The Ghana Boxing Authority (GBA) has summoned the boxer who assaulted a Kotoko fan during the Accra Hearts of Oak- Kumasi Asante Kotoko match last Sunday.

The boxer, Patrick Allotey, is to appear before the GBA’s disciplinary committee.

This follows the viral video in which Allotey is seen punching the Kotoko fan, Michael Siaw, multiple times.

In the summon statement, the GBA asked the boxer to appear before its disciplinary committee on Friday, February 5, 2020.

“You are hereby summoned to appear before the Disciplinary and Arbitration Committee of the GBA on Wednesday the 5th day of February 2020 at 1 pm to show cause why you a licensed professional boxer should not be sanctioned not only for gross misconduct but also for bringing the name of the sport into disrepute.”

Allotey, who is currently the WBO Africa Super Welterweight Champion, was caught on camera punching the said football fan in the stands of the Accra Sports Stadium.

The viral video of the assault prompted Allotey to finally release a statement apologising for his actions.

Siaw has also come out to say he did not know Allotey was a professional boxer when he seemingly provoked the boxer.

Some people on social media expressed disbelief that Siaw would deliberately taunt a boxer.

In an interview with Kumasi-based Oyerepa FM, Siaw: “I didn’t even know he was a boxer, it was after the video went viral that I got to know.”

Allotey, who was upset by Siaw’s antics, subjected him to the beating.

Find below the full statement 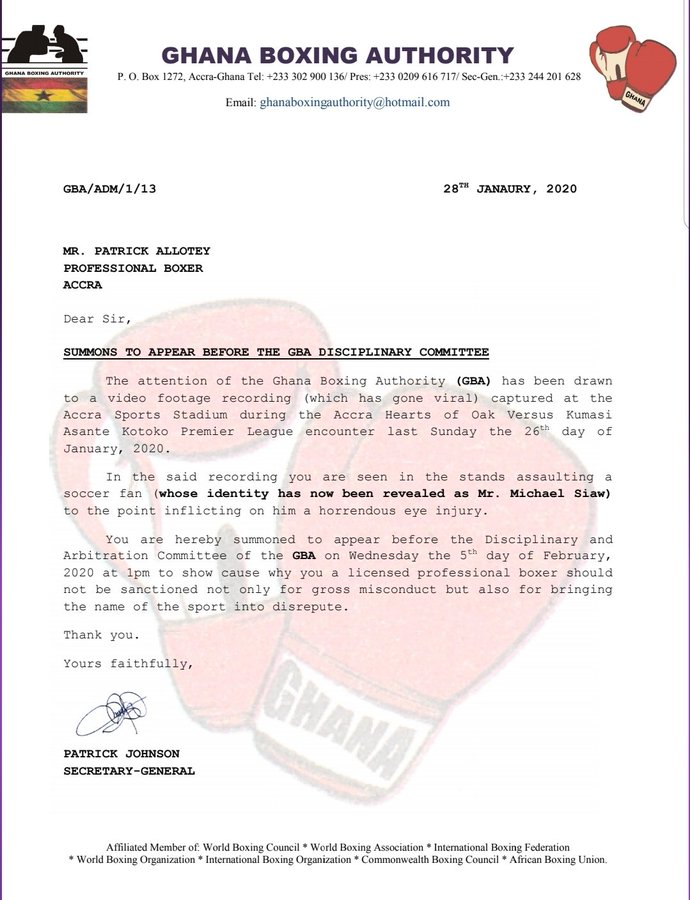 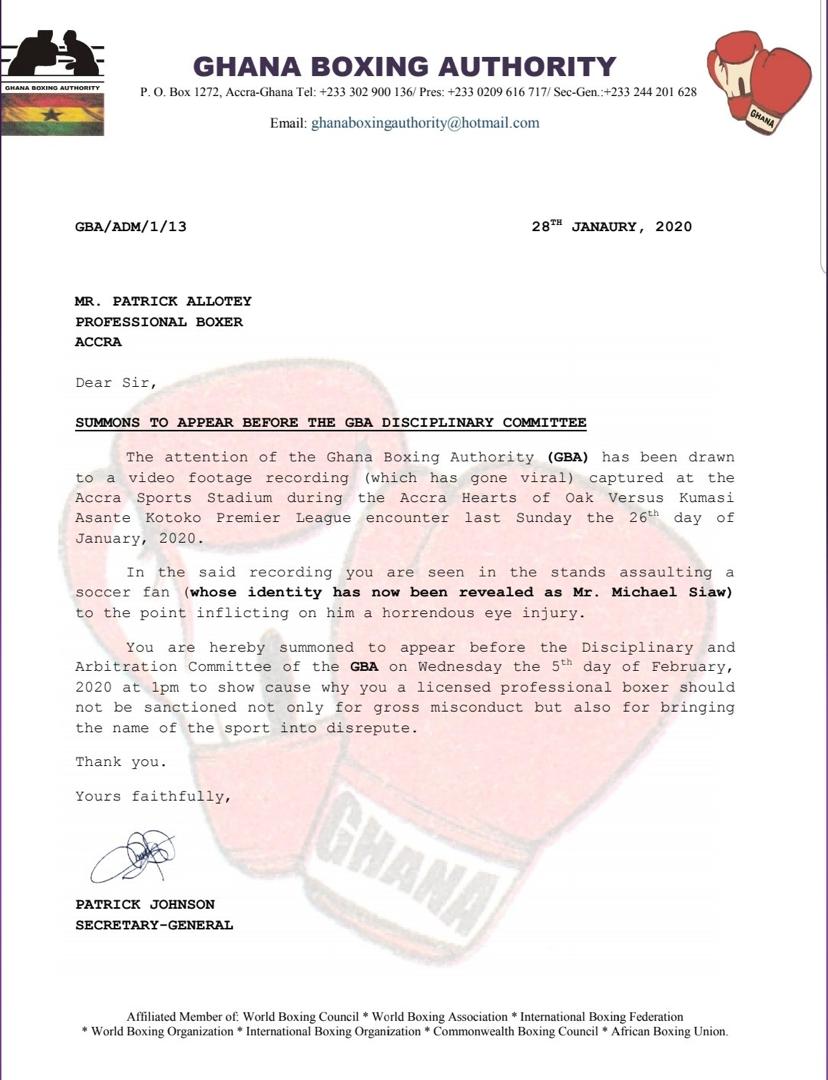 Hearts of Oak to play Kotoko in London?