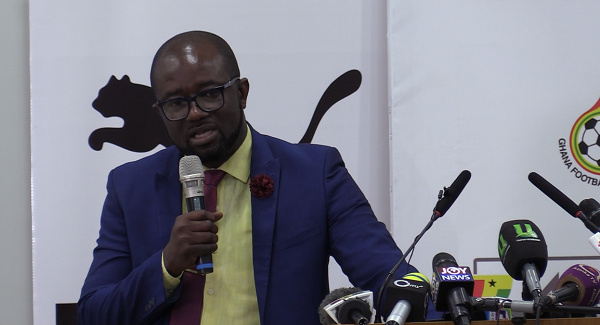 The appointment of Akonnor has raised questions because of his past working relationship with the GFA president whose Dreams FC Akonnor managed from 2014 to 2016.

Addressing journalists at the GFA’s first ever Meet the Press session in Accra on Monday, Okraku said he no longer owned a stake in his Sports marketing company, Proton Sports services, and had no management contract with Akonnor or any other coach in the country.

“People are asking if I manage Charles Akonnor and the answer is no and I do not manage any coach or players in Ghana. I have had relationships with loads of people in the industry.

I have known Akonnor for some time now because he worked at Dreams FC and he also worked with AshGold, Kotoko and Hearts of Oak.

When I won the GFA elections, I announced that I would not be continuing with my work at Dreams FC and that alone was a big statement.

It was meant to show that I wanted to give undiluted support to Ghana. I owned Proton Sports and I was a shareholder of that company.  As we speak now, I do not hold any shares in that company anymore. “

The “Meet The Press” event was put together by the Ghana FA to brief the media on happenings in terms of the local game and provide answers and clarity to issues that may be on the minds of journalists and by extension, fans of Ghana football.