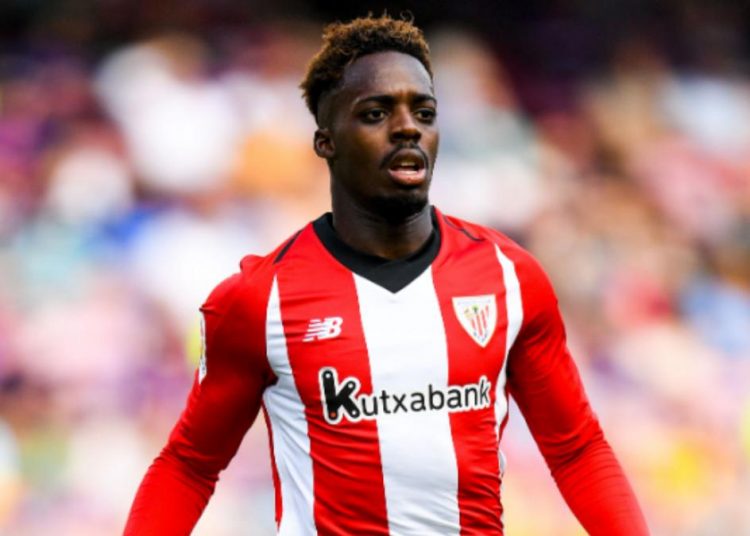 Striker, Inaki Williams, who was born to Ghanaian parents said he felt sad after he suffered racist abuse in a Spanish League game against Espanyol.

Williams, who plays for Spanish top-flight club, Athletic Bilbao, was subjected to racist chants by Espanyol ultras, who are described as hardcore supporters of the club.

The two sides drew 1-1 at the RCDE Stadium on Saturday.

CNN reports that Inaki Williams reported the matter to his captain, Iker Muniain, which players who suffer racist abuse during games are encouraged to do.

Muniain approached the referee, Jose Sanchez Martinez, on the matter but the match was allowed to continue.

The official did not mention the incident in his match report either.

Speaking to Athletic’s media team, Williams said he was saddened by the actions of the opposition fans.

“I’m leaving a bit sad because of the draw, but above all else, because I suffered racist insults. It’s something that no black player or whatever race wants to hear. It’s something that’s totally out of order.
“People have to come to the stadium to have fun, to support their team, to enjoy football. It’s a sport of friendship, of being a team. Honestly, it was a bit of a sad day because of what I said. These things shouldn’t happen. They’re totally out of order.”
He also tweeted: “It’s really sad that today we carry on living with these racist moments in football. We have to stop it. Thank you for all your support. No to racism.”

Williams previously suffered racist abuse in 2016 from a group of Sporting Gijon fans, prompting the referee to halt the match temporarily.
Espanyol issued a statement saying “condemns any sign of racism” and that it was investigating “incidents of a racist nature uttered by a few against Williams.”
The club is set to ban 12 fans for the incident.
ShareTweetSend
Previous Post

Everything that happened minutes before Kobe Bryant’s helicopter crashed