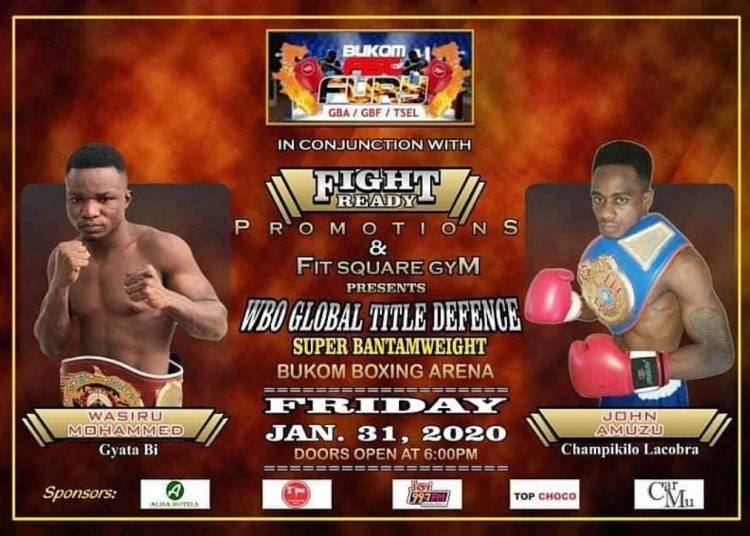 The second edition of the Fist Fury Boxing League will come off on January 31, 2020 at the Bukom Boxing Arena.

This edition promises to be a thriller as interesting bouts have been lined up for highlight the skills and abilities of the participating fighters.

The General Secretary of the GBA, Patrick Johnson, spoke to Citi Sports and highlighted the difficulty the authority went through to put the event together especially without the support of corporate bodies.

“It’s not easy to organize to organizing such bouts in Ghana but I must commend the efforts of the entire time in making this happen.

I also commend the efforts by Moses Foh Amoaning in helping us get some sponsors to come on board because it is not easy.

Sometimes you will go to these sponsors who make a lot of promises but when you go back they don’t even mind you.

However, I hope as we have started this year, things will go on well.”

Here are the bouts that will be featured at the Bukom Boxing Arena:

Manyo Plange takes on Yussif Mohammed Olalekan of Nigeria in a 10-round Super Flyweight contest.

In the middleweight contest, Darko Michael will fight Mubarak Abubakar and Faisal Abubakari will slug it out with Nii Akrofi while Philip Kweku will battle with Prince Okoe Nartey.