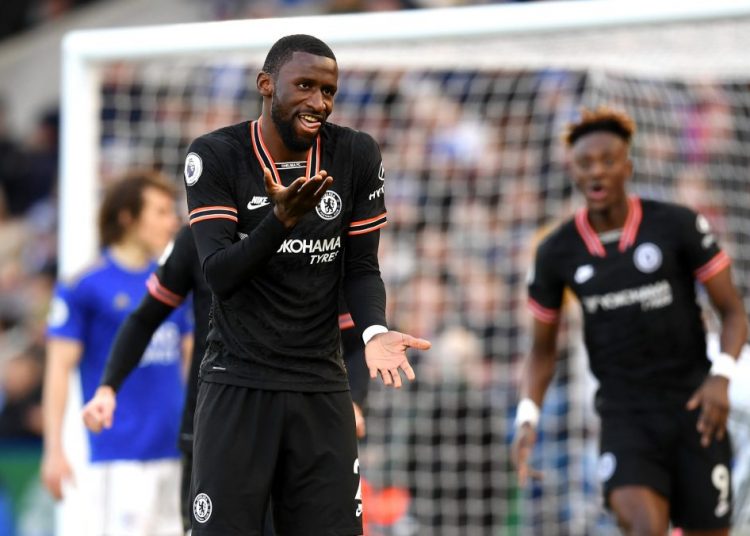 Antonio Rudiger was Chelsea’s unlikely hero as the Blues grabbed a 2-2 draw with Leicester in an entertaining affair at the King Power.

The German centre-back headed the Blues in front before Harvey Barnes and Ben Chilwell turned the game on its head.

But Rudiger was on hand to pull the visitors level with another fantastic header to show his wasteful forwards how it’s done.

A completely unmarked Jonny Evans headed wide and then a similarly unopposed Barnes missed from eight yards out.

It also means Brendan Rodgers has still never beaten his former employers as a manager in 14 attempts, with eight draws and six defeats.