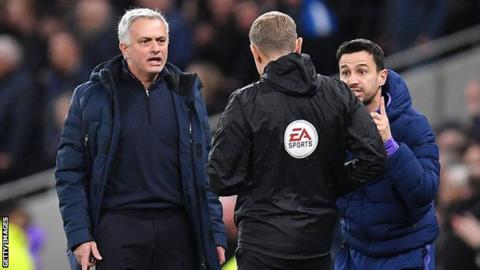 Jose Mourinho is one of, if not the most eccentric managers around.

Never was this more clear than on Sunday in Tottenham’s 2-0 win over defending Champions, Manchester City.

In a pretty exciting game, Mourinho went through a range of emotions; anger, joy, exasperation. He even laughed maniacally at one point, when City were awarded a penalty by VAR.

It is not this moment, however, that got people on social media howling with laughter the most, but an incident that occurred minutes later.

Man City’s Ilkay Gundogan, who stepped up for the penalty, saw his effort saved by Hugo Lloris in Tottenham’s goal.

This pushed Mourinho to raise his hands in celebration but then his heart was back where it had left seconds before – his mouth – when Raheem Sterling when down over Lloris’ outstretched hand.

After a long VAR wait, Mourinho could celebrate again, returning to his seat with a smile as, ‘No Penalty’ flashed on the screen. 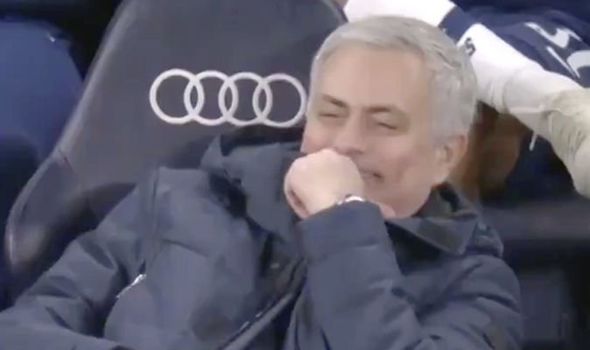 His assistant, however, realising that Sterling, who was already on a yellow card could have got a second for diving, whispered this to Jose Mourinho who had calmed down and was taking a swig from his bottle.

As quick as a flash, he was off his seat and bolting towards the fourth official to complain.

The moment has sparked so many memes and jokes on social media and has become one of the most shared videos from the weekend.

Take a look at Jose Mourinho’s emotional rollercoaster below: