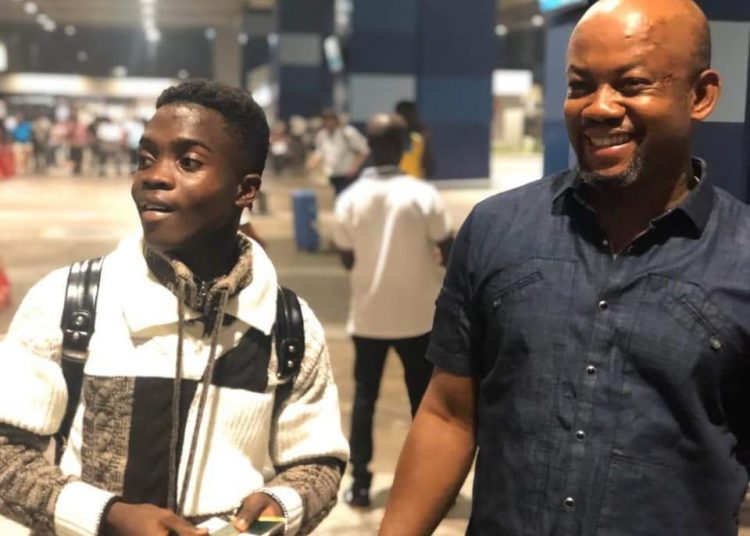 The 16 year old arrived late Saturday night in the company of his representative Samuel Anim Addo.

Cudjoe, having made waves with his performances for Kotoko this season, left for Germany after impressing in the Super 2 win over Hearts of Oak in the Ghana Premier League two weeks ago.

It is unclear how the trials went but even if Bayern Munich wanted to sign him, they could not do it until he turned 18 because of age restrictions on signing under age players.

It is also not clear if he will be involved in Kotoko’s Ghana Premier League clash against Dreams FC in Dawu on Sunday February 9, 2020.