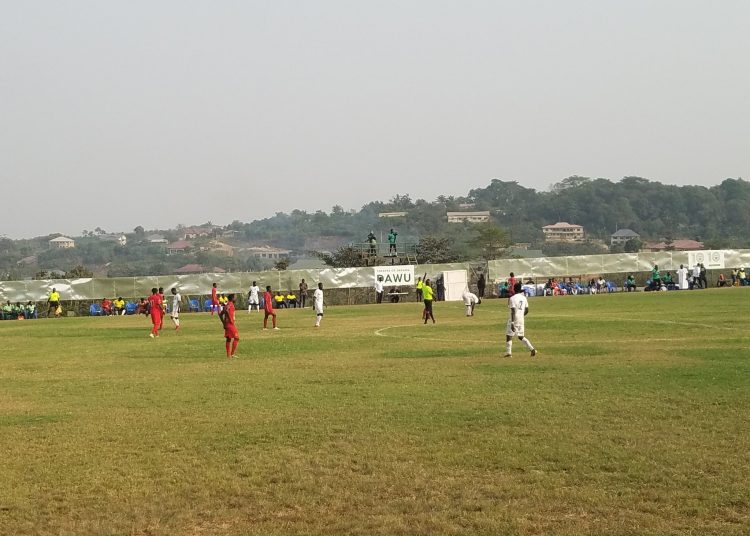 Kumasi Asante Kotoko claimed their 2nd win in as many matches at Dawu, beating Dreams FC 1-0 in a match week 9 encounter in the Ghana Premier League.

A second half own goal from left back Abdul Bashiru handed Maxwell Konadu’s men all 3 points against a Dreams side that last more than 1 hour of the game with 10 men following a first half red are to Amadu Dantani.

From the resulting corner, Dreams won the ball and launched a blistering counter attack. Kwame Otu raced clear down the right before finding Richard Addai who blasted his connection over the bar fr six yards.

After Amadu Dantani got sent off in the 34th minute for a second yellow card, Kotoko took control. And despite the dominance, cutting edge in the box was lacking.

Martin Antwi’s deflected shot that came off the upright was the closest they came to scoring in the first half.

Dreams emerged for the second half more determined, remaining compact and limiting Kotoko to shots from outside the area.

Dreams’ defense finally gave up just after the hour mark. A cross from Ibrahim Moro, intended for Justice Blay in the box, was deflected into the net by Abdul Bashiru for an own goal.

Kotoko had the lead. It wasn’t pretty but they did not care.

Opoku Mensah then shot straight at Amoah when he found himself through on goal and Richard Arthur sent a header wide from close range.

But the points were won and Kotoko claimed their 2nd victory in their last 3 visits to Dawu.

Dreams on the other hand recorded back to back defeats at home for the first time since they debuted in the Premier League.