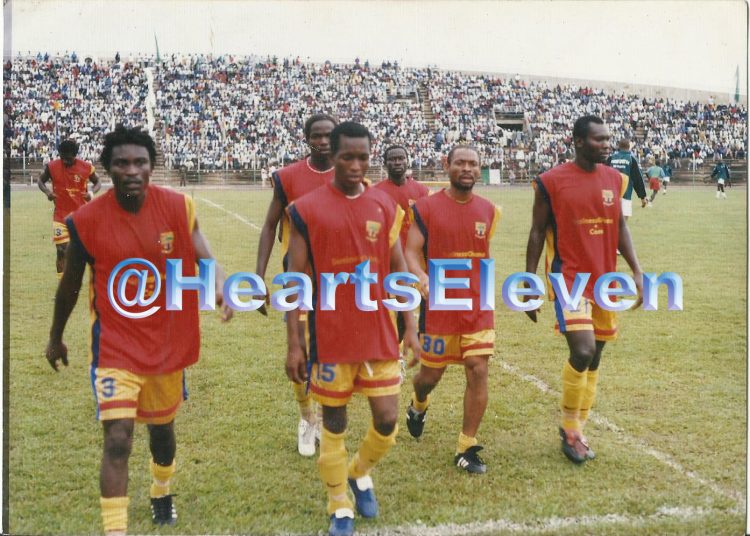 In 2001, Accra Hearts of Oak were denied the opportunity to represent Africa at the FIFA Club World Cup.

Hearts of Oak’s “64 battalions” would have been Africa’s second club to participate in the competition organized yearly.

The 2001 edition was scheduled to take place in Spain from July 28 to August 12, 2001, and would’ve been the second time the tournament would be played, with Brazil hosting the inaugural championship.

Accra Hearts of Oak had been placed in Group C with Real Madrid of Spain who were the European Champions, Jubilo Iwata of Japan and LA Galaxy of the United States of America.

The Africa champions’ first game would have been against LA Galaxy on July 31, 2001, prior to their match against Japanese giants, Jubilo Iwata before what would have been the biggest game of the club’s history. A classic match that was scheduled for August 6, 2001, at the iconic Santiago Bernabeu.

It was a game the deadly striking duo, Ishmael Addo and Emmanuel Osei Kuffour would have loved to be involved in. Featuring against the likes of Roberto Carlos, Iker Casillas and Michel Salgado.

However, with 40 days to the kickoff of the event, it was cancelled due to a combination of factors and primarily because of the collapse of FIFA’s marketing partners, International Sports, and Leisure.

“The decision not to go ahead with this event as scheduled has been taken on account of various factors,” said FIFA’s President Sepp Blatter.

“The period during which the competition was to be staged is particularly inconvenient from the perspective of national and international fixtures,” a Fiat statement added.

“The economic crises affecting the countries of some of the participating clubs further heighten existing commercial difficulties.”