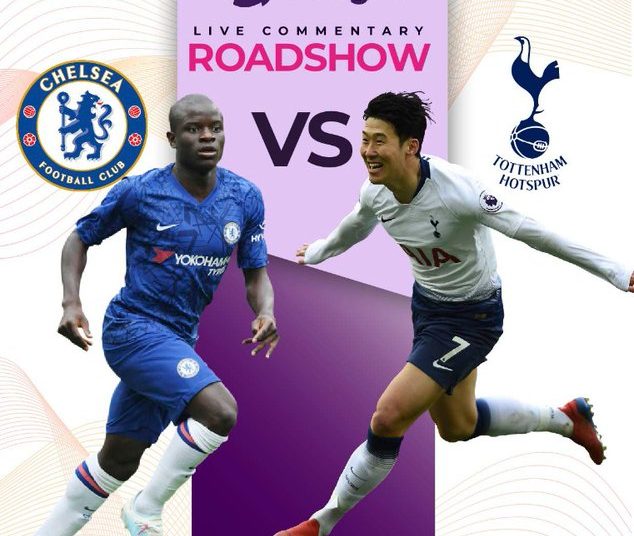 This weekend, Citi FM’s Premier League Roadshow is at Alisa Hotel for a big London Derby that has repercussions for both teams in their respective quests for champions league football next season.

As usual, there’s live commentary of the action on Citi 97.3 FM from midday on Saturday 22nd February, 2020, sponsored by Betway.

Certainly, this magnificent fixture has sub-plots and twists that would have even the great Shakespeare turning in grinning in his grave for envy.

Revenge, redemption, pride, dominance; these are few of the more than a dozen thematic manifestations that will take center stage when Jose Mourinho leads his Tottenham Hotpurs side out at Stamford Bridge against Chelsea.

Mourinho’s record is impeccable, the club’s most successful manager in history, but when he sits on the away bench this time, he would already have been used to it. After all, he spent two three years at United and visited Stamford Bridge 4 times as an opposition manager during that period.

While beating his old employers won’t exactly feel new, it would be cherry on the cake if that can happen at Stamford Bridge.

Frank Lampard, who has always considered Jose Mourinho a mentor, took a painful 2-0 defeat on Mourino’s Spurs when the two sides met in December at the Tottenham Hotspurs Stadium.

Mourinho would be desperate to avoid his protege doing a double over him.

Then there’s the chase for Champions league football. When Mourinho took over Spurs, they were 12 points off Chelsea. Now, they are just 1 point behind and victory will see them leapfrog Chelsea into 4th position, an advantageous place to be with 11 games to the end of the season.

The stakes are definitely high and Chelsea themselves don’t need reminding that this game takes up extra significance because it could be the day they lost their chance to play champions league football next season.

However you look at it, the narratives say we have a game on our hands.

Betway has a Chelsea win at 1.73 odds indicating that the West Londoners are slight favorites to their counterparts from North London whose win odds stand at 4.63 odds.

See you at Alisa on Saturday!!!!