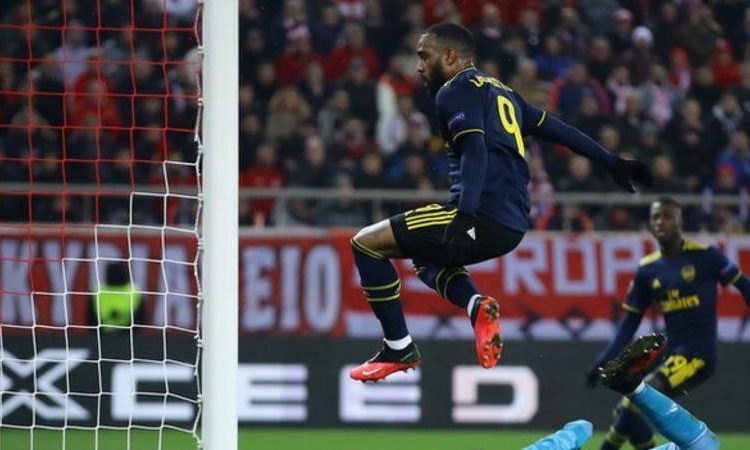 Alexandre Lacazette needed his team-mates’ support to bounce back from his goal drought, said Mikel Arteta as the striker grabbed the winner in Arsenal’s Europa League win away to Olympiakos.

He went nine games without a goal before scoring against Newcastle on Sunday, and on Thursday gave Arsenal the upper hand in their last-32 tie.

“That confidence and support came from me and his team-mates,” said Arteta.

“The way they reacted when he scored, that was a lift.”

The Spanish manager added: “That’s not just a coincidence. It’s something that happens because the energy of the team is putting energy into him as well.”

Arteta was critical of his side’s defensive display, stating that errors could have cost his side.

“We should have started better than we did in the first half,” he said.

“Defensively we made one or two mistakes positionally that could cost us in difficult situations, and then with the ball we gave a lot of simple balls away.”

The return leg is at Emirates Stadium on Thursday, 27 February.