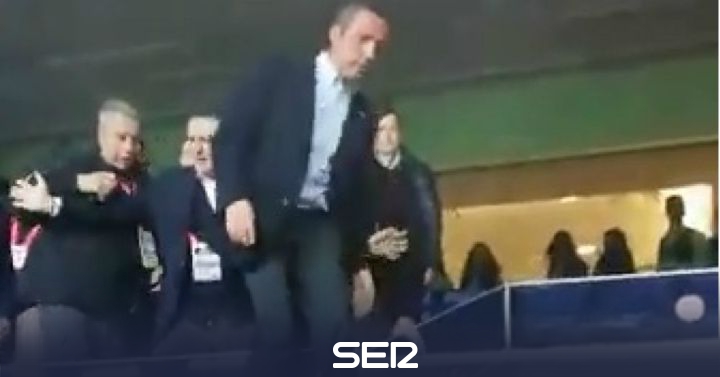 This weekend was not the best for Turkish giants, Fenerbache and their President Ali Koç.

Fenerbache lost 3-1 at home to Galatasaray in a massive game in Turkey’s top flight, a result which greatly angered the home supporters.

They have now lost three of their last five matches and have slipped down to sixth on the table, eight points behind the league leaders.

Fenerbache fans, upset by the team’s recent run of poor results, hurled abuse at the President, Koç who was sitting in the VIP section of the stadium.

Unable to take the insults any further, Koç jumped down from the VIP section into the chanting fans below and a scuffle ensued.

Take a look at the bizarre scenes below:

Mayhem after Fenerbahce’s defeat to Galatasaray at home.