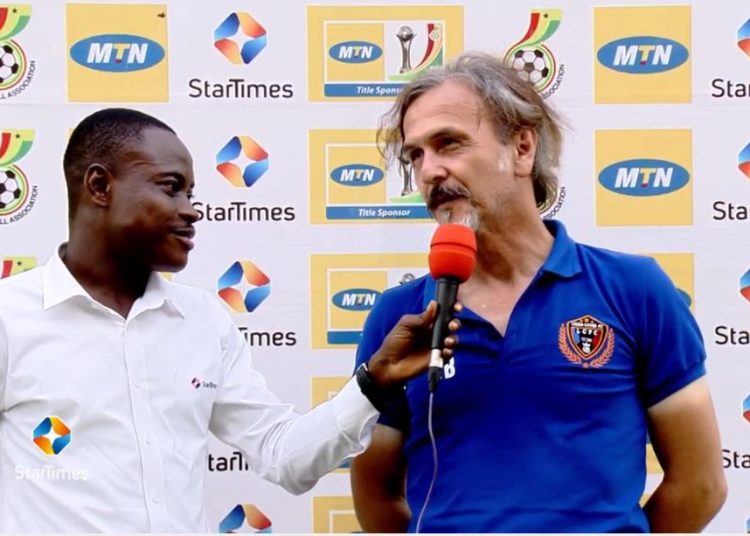 Head coach of Legon Cities FC, Goran Barjaktarevic, has admitted that winning football matches brings him so much joy and happiness.

His emotional outburst came after he guided his team to a 3-0 win over Inter Allies at the Accra Sports Stadium on Monday in the MTN FA Cup Round of 64.

Goals from Latif Abubakar and Ebenezer Nii Addy sent the Royals into the Round of 32 and the victory was only their 3rd of the season in all competitions.

The joy of breaking a winless run meant so much to Barjaktarevic and explained his emotions after the match.

“It is a very strange feeling, to be honest. I had forgotten what winning matches felt like but today we won 3-0. I like it, to be honest, and I am happy for the players. They did a great job today and they deserved.”

Up next for the Royals is a Ghana Premier League match against Techiman Eleven Wonders at the Accra Sports Stadium and they will hope to keep the winning run going so they improve their standing on the league table.