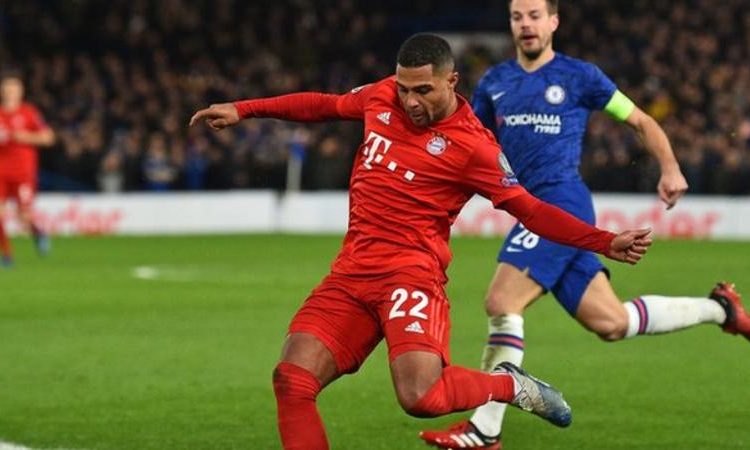 Chelsea’s Champions League campaign is surely over after they were brutally outclassed by Bayern Munich in the last-16 first-leg tie at Stamford Bridge.

The Bundesliga leaders followed in the footsteps of closest rivals RB Leipzig, who won at Tottenham at this same stage six days previously, by coming to the capital and producing a hugely impressive display.

And, as when Bayern inflicted an historic 7-2 home defeat on Spurs in October, former Arsenal star Serge Gnabry was the tormentor-in-chief as he revelled on his return to London.

The 24-year-old scored four at the Tottenham Hotspur Stadium and he delivered the end product Bayern had threatened from the kick-off when he struck clinically twice early in the second half after being set up by the outstanding Robert Lewandowski.

Lewandowski surely snuffed out any lingering hopes Chelsea had of a comeback when he finished off another sweeping attack, fed by the brilliant teenager Alphonso Davies.

As if this was not enough, Chelsea’s misery was compounded by defender Marcos Alonso being sent off late on after a clash with Lewandowski after the experienced Jorginho had been ruled out of the second leg when he received a silly yellow card for dissent.

Chelsea may have actually over-stretched themselves by getting out of a group containing Valencia and Ajax, key results being a win over last season’s semi-finalists in Amsterdam and a freakish 4-4 draw at Stamford Bridge, when they came from 4-1 down.

This, however, was a step too far.

The warning signs were flashing almost from the kick-off as Bayern, looking sharper and more inventive than the side well beaten by Liverpool at this same stage last season, sliced them apart.

Chelsea somehow survived the first 45 minutes in tact but the threat from the likes of Gnabry, Lewandowski and Kingsley Coman was evident, Thomas Muller coming closest with a header against the bar.

It was no surprise when Bayern opened up Chelsea with precision for three second-half goals and Frank Lampard’s side simply had no answer in any area of the pitch.

When Chelsea had half-chances they could not convert them and when dangerous balls flew across the face of goal there was no-one on the end of them.

Chelsea looked a well beaten side once the deadlock was broken by Gnabry six minutes after the break and if there is any consolation, and in truth there is not, it is that the damage could have been a lot worse, such was the gulf in class.

They pulled off a miracle to win the Champions League against Bayern in their own Allianz Arena in 2012 – but there is no evidence to suggest they will come anywhere near the result they require in the second leg.