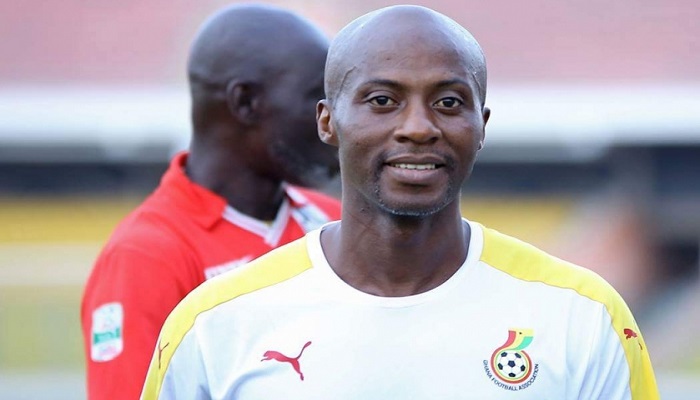 Black Stars B head coach, Ibrahim Tanko has denied reports that he has accepted the Accra Hearts of Oak head coach job.

Some media reports on Monday had indicated that Tanko, along with former Black Stars captain, Stephen Appiah had been handed coaching roles at the club.

One report claimed that the pair had met with Hearts of Oak’s Board Chairman, Togbe Afede over the weekend and had reached an agreement to take up the jobs.
However, the former Black Meteors coach who led the side to the semi-final of last year’s AFCON,  has denied the reports and remains committed to the local Black Stars.
“I am completely in the dark over what I am hearing. I have not had any discussion with Hearts and so please disregard it,” he is quoted as having said by Ghana Soccernet.
There has been no comment yet from Stephen Appiah who was part of former Black Stars head coach, Kwesi Appiah’s technical team, along with Ibrahim Tanko.
Current Hearts boss, Edward Odoom took over from Kim Grant who was let go by the club in December.
Odoom’s tenure in charge of Hearts has been mixed, with the Phobian in ninth place on the Ghana Premier League table after 12 matches.
They have only won four matches this season and lost three, drawing the remaining five.
Goalscoring has proven to be a major issue for the club this season as they have only scored 10 times and conceded 11.
This past weekend’s 1-1 draw at home to Elmina Sharks has sparked even more speculation that Odoom’s job might be under threat.
ShareTweetSend
Previous Post