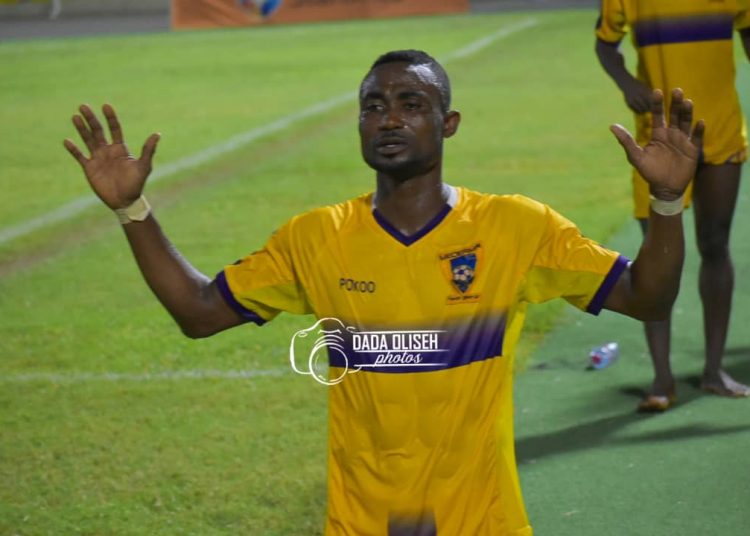 Two first half goals from Prince Opoku Agyemang gave Medeama a 2-0 away win in Accra over Legon Cities FC on Saturday.

The Week 15 tie was played at the Accra Sports Stadium and it was a chance for either side to gain points ahead of Sunday’s round of matches in the league.

While relegation concerns should have forced Legon Cities to reprise their impressive performance from Week 14 when they thrashed WAFA 4-1, they rather started sluggishly and they were punished by a Medeama goal in the 12th minute.

Opoku Agyemang was on hand to send home a volley from a cross from the left hand side. He did look like he was just offside in the replay but the officials gave the goal.

Legon Cities struggled to wake up from their slumber and Medeama started to create more chances.

17 minutes later, Opoku Agyemang struck again. After a slip up by a Legon Cities Fc defender, Nana Kofi Babil lobbed the home goalie and it became an assist for Opoku Agyemang as he ran onto the pass to tap into an empty net.

LIVE GOAL: Prince Opoku Agyemang gets his brace of the evening and @MedeamaSC 2nd. 2-0 they lead @LegonCitiesFC pic.twitter.com/XEOLCTw1RR

Legon Cities FC came to some life in the second half and looked better and they almost scored when Cephas Doku tried tapping the ball home from close range but Medeama goalie, Ansah Fufuro, saved the effort and injured himself in the process.

The match eventually ended with Medeama picking up the win in Accra. It was the second time they were getting a victory in the capital after they beat Inter Allies 2-1 in Week 11.