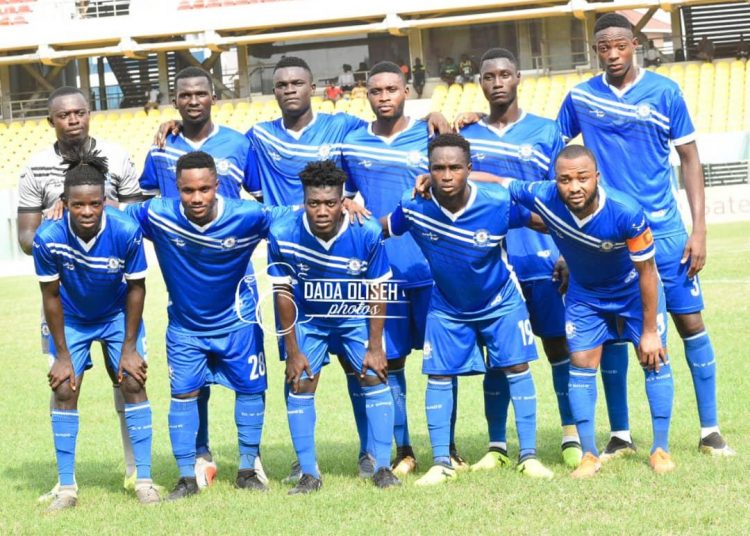 Accra Great Olympics have been declared winners of their Week 12 Ghana Premier League clash with Medeama after a decision taken by the Ghana FA’s Disciplinary Committee on Monday.

The decision was taken after the Committee deemed Olympics’ protest against Medeama successful on the basis that Medeama had used an unqualified player in the said match.

The player in question was Nana Kofi Babil, and per Olympics’ case, he had picked up three yellow cards in three separate league matches before the teams met at the Akoon Park in Tarkwa and thus, was not eligible to feature in the tie that was eventually won 1-0 by Medeama thanks to a Prince Opoku Agyemang goal.

Olympics based their argument on Article 62 of the GFA Disciplinary Code 2019 which stated that:

If a person receives a caution in three separate matches of the same GFA competition, he is automatically suspended from the next match in that competition.

Olympics provided evidence to the effect that Babil had indeed been carded in Match weeks 1, 6 and 11.

The Committee determined that, contrary to Medeama’s contentions, the rules and regulations were clear and that Medeama’s defence of ambiguity could not stand.

Medeama SC have been docked a further three (3) points from its accumulated points
from previous matches in accordance with Article 33(5)(a) of the Premier League
Regulations.

Medeama have until Tuesday, March 17, to file an appeal.