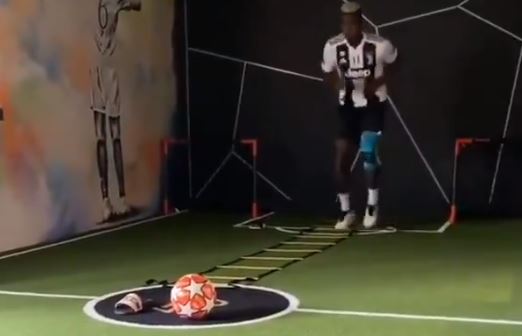 With the world of football still reeling from the virtual shutdown of the sport following the global outbreak of coronavirus, some players have taken to working out on their own as they stay fit.

Players like Ghana’s Michael Essien, Chelsea’s Callum Hudson-Odoi, who contracted the disease and has recovered, Arsenal’s David Luiz and Everton’s Theo Walcott have shared videos of themselves working out. 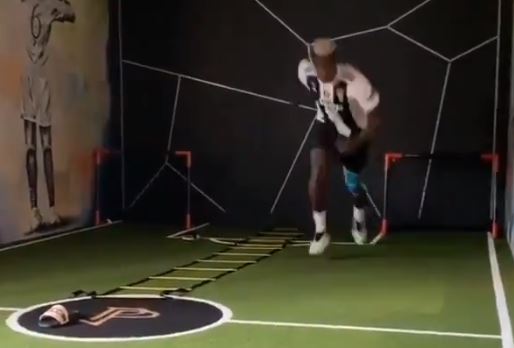 While most of these updates have been received quite fondly by fans, Manchester United midfielder, Paul Pogba’s own workout video has rubbed many Red Devils fans the wrong way.

In his video, Pogba was wearing a Juventus shirt, which aside from being his former club, is a club he has been heavily linked with.

The jersey bore the name and number of Juventus and France midfielder, Blaise Matuidi, who contracted the disease recently.

Pogba explained that he was wearing the jersey in support of his France mate and other players who have got the disease as well. 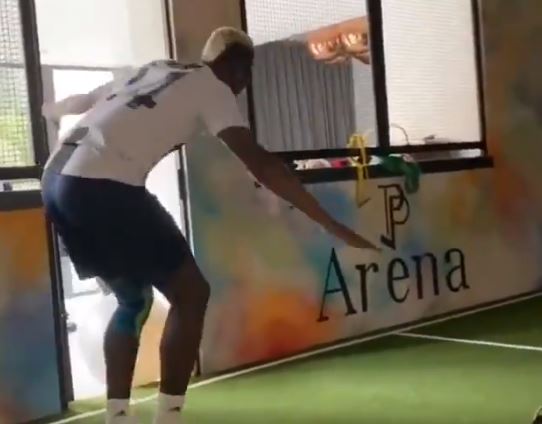 “I know the cheeky ones will talk about the Juventus jersey. I’m just supporting my friends … that’s all, nothing more.

‘Supporting our friends Blaise Matuidi, Albin Ekdal, and all athletes and people around the world! Be strong, and be safe.’

Victor Lindelof, who Pogba was working out with wore the jersey of Sampdoria’s Albin Ekdal.

Take a look at the video of Pogba below:

Despite the explanation from Pogba, fans of Man Utd have taken him on for wearing the jersey given the huge transfer speculation surrounding him and the club.

Some argued that he could have worn Matuidi’s national team jersey instead.

Take a look at some reactions below

I know he’s just supporting his former teammate Matuidi but if he really had the upmost respect, he would be wearing Blaise’s France shirt ? Right?

Supporting Matuidi my arse. He’s deliberately being provocative. His name has been out of the press for a few weeks…not good for Brand Pogba. And a move like this will put his name back at the top of sports pages. The sooner we’re rid the better.

So a France shirt is not available. This is not been professional. How many reasonable players would do this . Is he’d only footballer who got a friend with the virus

Lindelofs brother isn’t mouthing at the Club, neither is his agent. Lindelof didn’t say it was time to have a new challenge and Lindelof isn’t being linked to his mates team. Common sense really but you are in denial. If you don’t think Pauls move is calculated then I can’t help

Not having the Pogba/Juve shirt. Yup, he supports former/existing colleagues. Not seen other players do it. To the critics, if you’re employed by 1 company, on a ridiculous wage, & haven’t performed for a while (for multiple reasons), don’t wear shirt of team you’re linked with.

Why is pogba trying all his best to go back to juventus? Seen wearing their jersey 🤦‍♂️

Others, however, defended the Frenchman stating that him wearing the jersey wasn’t important, as he was only supporting a friend.

Only sick fans will abuse pogba for wearing Juventus Jersey. He already explained himself.. Linfelop wore Damp jersey too but you won’t just say anything about it… Pogba will be laughing right now

That Jersey number is Blaise Matuidi’s who yesterday tested positive for COVID-19, so I’m sure the jersey choice is to show support to him. Not everything has to be interpreted negatively

His friend Matuidi is tested positive for the virus, just supporting him, nothing else.