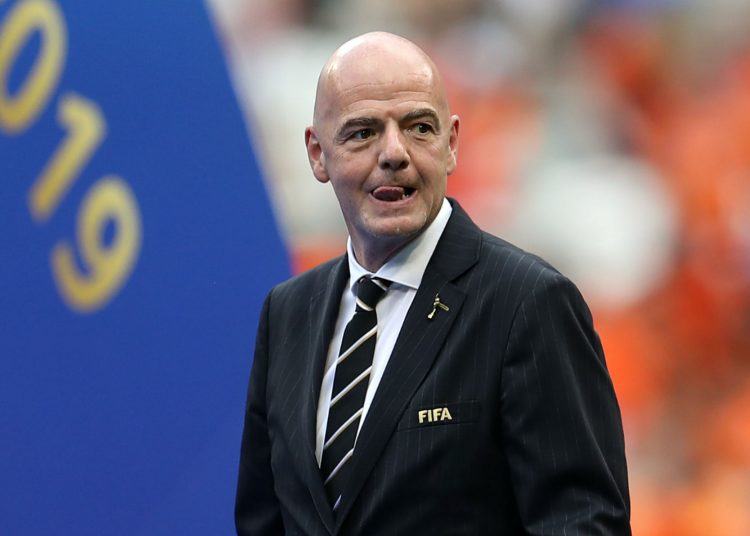 Fifa has approved plans to temporarily extend expiring contracts amid the coronavirus pandemic and move the summer transfer window.

Leagues across the world have been put on hold in the midst of the pandemic, with the Premier League and Football League having been suspended indefinitely, prompting a number of issues as to when the season could end.

Uefa and the FA have lifted their usual deadlines of a June 30 end to the season and remain committed to completing the current campaign.

Should the season run past June 30, as is widely expected, issues will arise of players who are out of contract with their clubs at the end of this season.

Fifa formed a task force chaired by the body’s vice-president and chairman of the Fifa Football Stakeholders Committee, Vittorio Montagliani, made up of representatives of clubs, players, leagues, national associations and confederations.

That task force has now advised that any contracts set to end at the end of this season should be extended to match whatever date that lands on.

Furthermore, the world governing body have also advised that transfers agreed to go through at the end of this season – such as Hakim Ziyech’s move to Chelsea – be delayed until whenever the next campaign starts.

Fifa’s guidelines state: “Where an agreement is due to expire at the original end date of a season, such expiry be extended until the new end date of the season.

“In the event of overlapping seasons and/or registration periods, and unless all parties agree otherwise, priority be given to the former club to complete their season with their original squad, in order to safeguard the integrity of a domestic league, MA competition and continental competition”

“The COVID-19 pandemic has clearly changed all the factual circumstances around football for this season.

“So, Fifa, together with the stakeholders, has come up with some practical ideas and proposals to tackle these new circumstances. Whilst this will not solve each and every problem, it should serve to bring a measure of stability and clarity to football for the foreseeable future.

“We hope that this collaborative effort, under the leadership of FFifaFA, can provide a positive example of how football can come together and show unity, solidarity and a spirit of compromise in order to face the challenging times ahead. But before these times come, one thing must be clear to everyone, especially now: health comes first, well before football.”​

Fifa has also confirmed they will sanction the rescheduling of transfer windows to fit in with the off-season, whenever a time frame for the that gap is decided.

The statement read: “Fifa will be flexible and will allow the relevant transfer windows to be moved so they fall between the end of the old season and the start of the new season.

“At the same time, Fifa will try to ensure, where possible, an overall level of coordination and will also bear in mind the need to protect the regularity, integrity and proper functioning of competitions, so that the sporting results of any competition are not unfairly disrupted.”