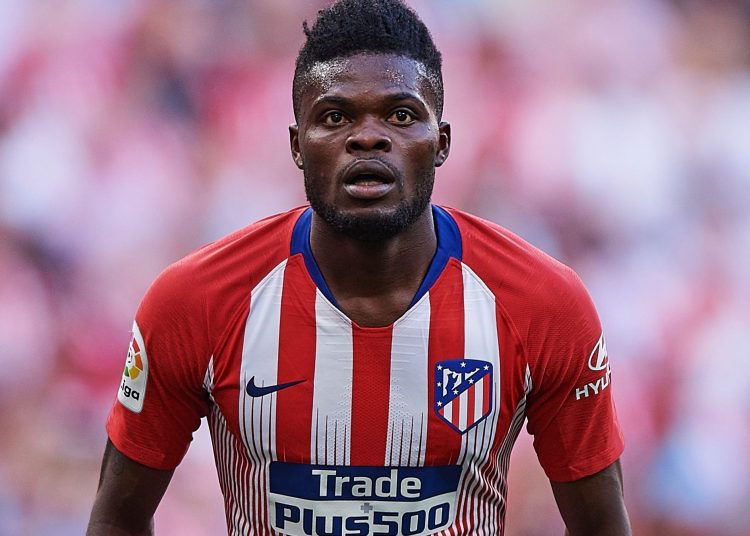 Representatives of Ghanaian midfielder, Thomas Partey have denied they are negotiating a deal with Arsenal and other top European clubs.

There have been several reports that Arsenal are eager to make the 26-year-old their prime signing in the summer transfer window and the player’s has reportedly spoken on his son’s potential move to join the Gunners.

However, the midfielder’s representatives say they are not speaking with Arsenal over a move during the main transfer window.

According to a report by Spanish football portal Marca, JJSports, who represent Partey, say the rumours are “totally untrue”.

The Atletico Madrid star has a pending contract which runs out in 2023 with a a release clause of 50 million Euros and the Spanish giants are eager to keep him at the club for a while longer.

Several reports indicate that Thomas Teye Partey will favour staying in Spain and continue his career with Atletico Madrid than join Arsenal or Manchester United as speculated.