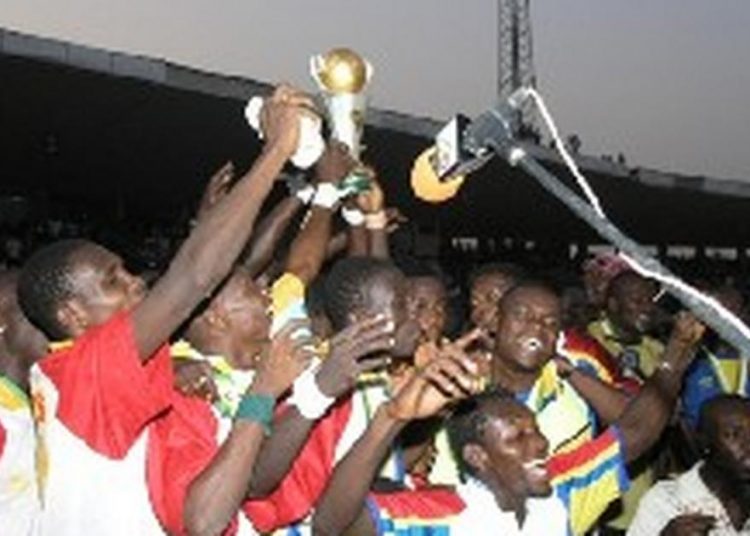 “Daddy, I will not eat my food, I will do that when Hearts beat Kotoko to win this Virgin Cup [CAF Confederations Cup 2004]” the words of Ebo, a seven-year-old Accra Hearts of Oak fan.

I grew up as the odd son among my siblings as football was my passion, not caring much about school or making perfect grades. I loved the game and sometimes I feel I was born with a football at my feet or perhaps a microphone to commentate on the games or a pen to give an account of matches.

My dad understood this side of me and we often visited the Accra Sports Stadium to watch some games and he would occasionally take me to train at a football field near our house.

I have had a great love for Accra Hearts of Oak and owned my first jersey when I was six. It was a gift from a family friend.

I took so much pride in the Rainbow Club and the 2004 CAF Confederations Cup final is one of the best times as a sports fanatic because I experienced not only two football matches between Ghana’s biggest teams but emotions that may never be felt again.

For the first leg, I was at the Accra Sports Stadium and I was saved from heartbreak when Louis Agyemang scored an injury-time equaliser to give the Phobians a lifeline ahead of the reverse fixture in Kumasi.

I could not make the journey because it was too far and my father could not afford bus tickets and stadium tickets as well for the two of us. So, we settled to watch the game from at home via the black and white television set. We had to give the television a few strong prods before we got a signal even with an antenna connected to the tv.

From the blast of the whistle of the very last kick, I sat on the edge of my seat wrapped in a white bedsheet and gripped with the tension of the purest kind.

Asante Kotoko paraded the likes of Charles Taylor, Yusif Chibsah, Michael Asante, Godfred Yeboah and Daniel Yeboah whereas the Phobians had Dan Quaye, Emmanuel Osei Kuffuor, Adjah Tetteh and Ablade Morgan among other stars who were famously called the 64 Battalion.

The name came from a very strong military unit at that time who executed their work with ruthlessness and Hearts of Oak had taken up that trait as they marched to their CAF Champions League victory in the year 2000.

Four or so years on, the team was still a top one but some of the big hitters like Ishmael Addo, Emmanuel Adjogu, Edmund Copson had left.

Kotoko had the players to equally match the Phobians in any game but I always believed Hearts would win encounters between the two famous clubs.

However, that belief was reminded by my beating heart and racing pulse that it could go either way and a defeat was a strong possibility.

My dad, Jones Osei (late), trying hard to keep his son calm, often suggested I eat and give up on the game as Kotoko threatened to open the scoreline at every chance created.

The Phobians defenders were resilient and held the home side to a goalless first half. 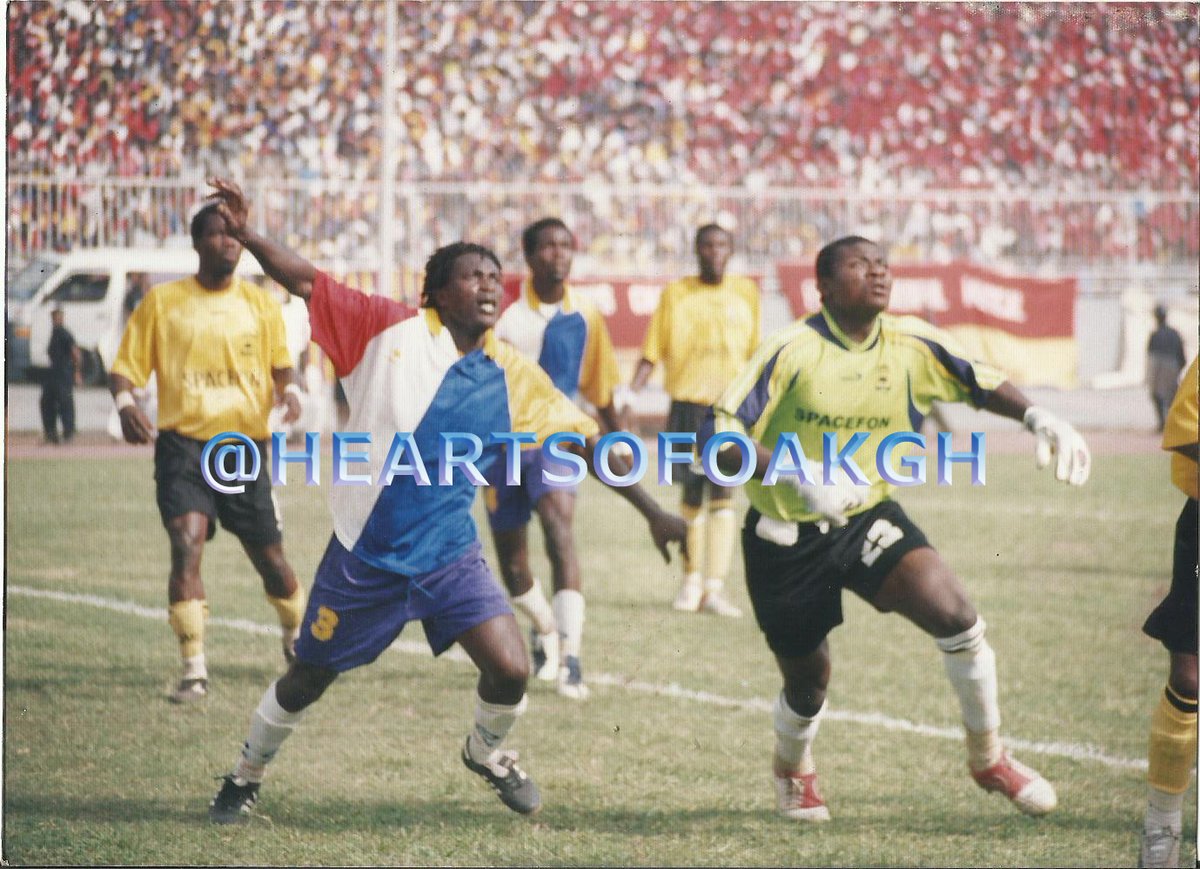 My dream was to see my favourite club win it’s first and in fact, the very first CAF Confederations Cup trophy on the continent but that looked like it would remain so as Charles Taylor smashed a first-time volley into the Hearts of Oak net. I was miles away in Accra but I could understand and feel what the goal meant to the Kotoko fans.

First, it gave them a 2-1 aggregate lead in the final.

But peel away the scoreline and the true value of the goal stares at you in the face.

I now know this fact but back then, I do not think I noticed what that moment.

Hearts had to fight back and they did but each passing minute sent me closer to my worst fears of a Kotoko victory.

With hopes fading into thin air and tears building patiently amidst anxiety, my dad got me away from the television.

Not too long after, the story changed. My dear mother started yelling:

“Ebo, Ebo, Ebo, hurry up and come and see, your team has scored”.

With elation, I leapt and threw away the cup of water and rushed to catch the repeat of the goal I had missed.

My eyes did not meet the playback of the goal but who cares? Hearts had tied the game and that was fine with me.

After many years, I have seen the goal, and it was outstanding both in execution and in meaning.

Adjah Tetteh stayed calm amidst jumping bodies and swinging heads to trap Amankwaah Mireku’s 81st-minute corner and blast the ball into the roof of the Kotoko net.

He had saved Hearts from losing on the day and had neutralised the aggregate lead Kotoko had over two legs.

It was a gruelling nine minutes of my life (perhaps the most) as every tick of the clock seemed an eternity to me and my dreams.

My heart threatened to burst out of my chest the sight of every Asante Kotoko attack and I was restless.

“Ebo, you are sweating too much. You are under more pressure than Cecil the coach of Accra Hearts of Oak,” my dad teased.

Everyone burst into laughter as my peace was threatened by Kotoko. 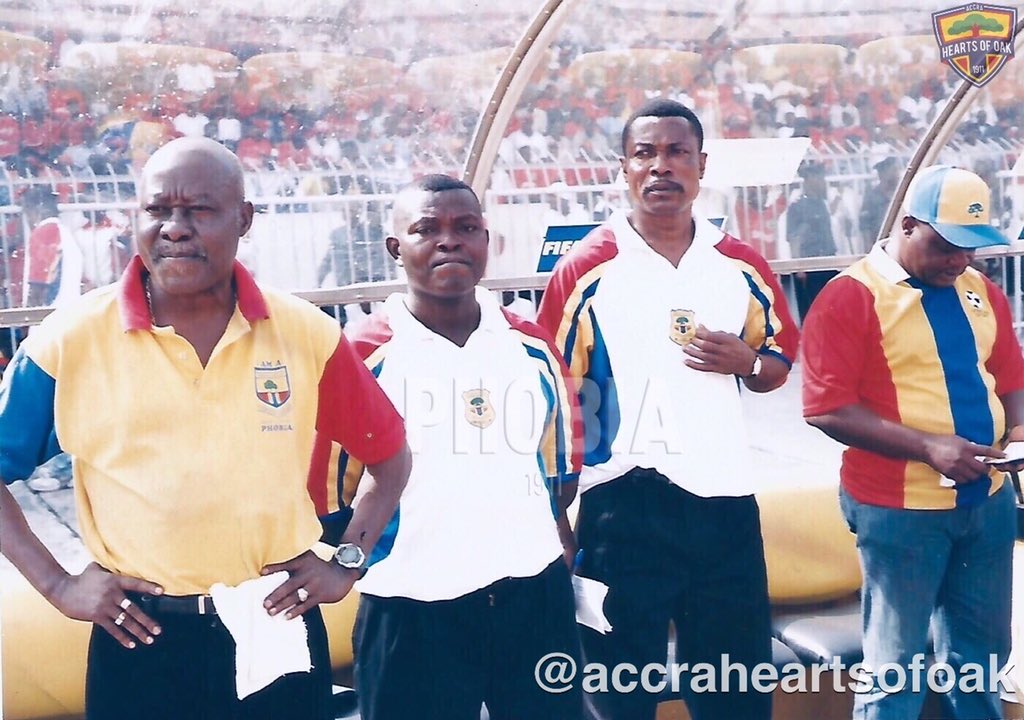 Then, the referee blew the final whistle and the game went into penalty shootouts.

The air around me froze. My fingers went stiff and my heart was running sprints as the adverts rolled on the TV as the teams prepared for the shootouts.

Instinctively for a naïve 7-year-old fan, I whispered a prayer for Hearts of Oak. They could not lose especially to the old enemy, Asante Kotoko. My father would have a field day and I would be the butt of his jokes and all his teasing.

I bet my father was looking at me with a lot of surprise. He only saw this level of interest and raw emotion when it came to football.

Asante Kotoko took the first kick and scored. Then, the Phobians did the same.

Then, came Edmund Owusu-Ansah of Asante Kotoko and he missed.

I burst into laughter.

“What a terrible player, what a horrible miss, my club will never miss a kick here today” I thought to myself.

Dan Quaye, Emmanuel Osei Kuffour, Francis Bossman, and Acquah Harrison all scored from their kicks for the Rainbow coloured boys.

Aside Edmund Owusu-Ansah missing from the spot, Ahmed Issah, Yussif Chibsah, Michael Asante and Frank Asante all got it right for Kotoko.

The score was tied at 4-4 and Hearts captain, William Amankwa Mireku stepped up to take what could the winning kick. He had already influenced the game in a major way after he had set up Tetteh’s equaliser late in the second half.

I could barely watch and so, I covered my head with the white bed sheet.

But that could not change the outcome. Mireku missed his kick. I was motionless while my dad jubilated with the Kotoko fans in the stadium.

Then came the skipper of Kumasi Asante Kotoko, Joe Hendricks. The skipper had played out a brilliant 90 minutes of action and he took the responsibility of sending his side into a place in history.

My heart, at this point, was beating in rhythms that made no sense whatsoever.

Hendricks’ feet seemed to know the same feeling because his kick towards Hearts’ goalie, Sannie Mohammed’s right was saved.

I erupted into the air out of joy and I almost broke the ceiling of my home. It was joy immeasurable.

Nothing mattered to me anymore as I run around the living room screaming “Never say die until the bones are rotten, we are champions of Africa, Champions of virgins”.

I did not care who took the last kick of the shootout. I kept on running around the house and missed the last penalty scored. All I took away from that moment was Hearts of Oak’s Michael Donkor dancing.

It meant only one thing.

Accra Hearts of Oak had won their first CAF Confederations Cup and their second major continental trophy after they won the CAF Champions League in 2000.

My father could not keep me calm. Neither could my mother handle my actions. I felt like a king and indeed I was. I remembered I had initially prayed for the victory and fell on my young knees to give thanks.

My eyes caught the Vice-President of the country, Alhaji Aliu Mahama signing the balls for the referees as my beloved Accra Hearts of Oak prepared to lift the trophy.

As I managed to calm myself down and sit for the coronation, my mother pulled out the cables from behind the television.

“Young man, it is now time to eat your fufu, she yelled”.

At this point, I did not care if I missed the crowning moment or not. Accra Hearts of Oak were champions and my appetite for food could now overcome the anxiety I had to endure all game.

The meal tasted sweeter. The colours were brighter. Life was good.

Hearts of Oak were champions. I was a champion.