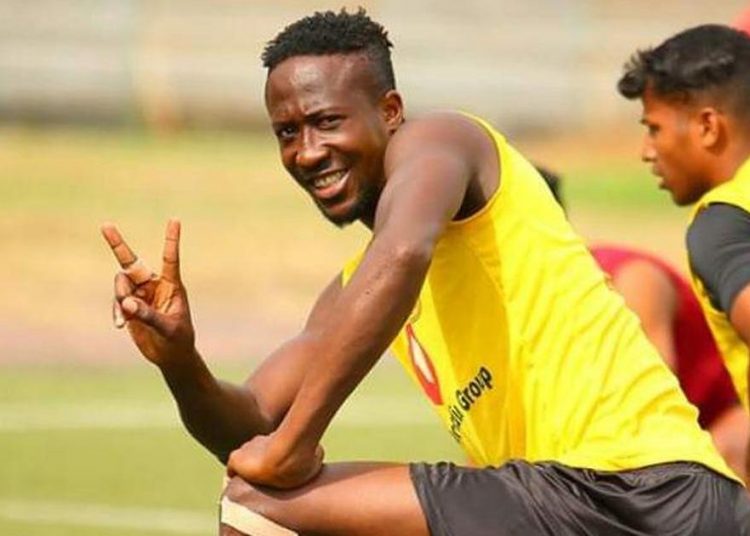 Accra Hearts of Oak have announced the signing of Nigerian forward, Kuti Ademola, on a free transfer. Kuti joins on a 2-year deal after stints  with Lobi Stars, Al Fujairah SC, Punjab and Techno Aryan FC.

The club announced the move on its Twitter handle on Tuesday morning.

📸 | @HeartsOfOakGH is delighted to announce the signing of striker, Kuti Ademola. The lanky Nigerian professional has signed a two-year contract with the club.#WelcomeKuti
🔴💛🔵#AHOSC pic.twitter.com/pJsSn6YPeH

Kuti is the latest player to sign for Hearts in the second registration window of the Ghana Premier League.

The club has brought in Abdourahamae Mamane Lawali, Eric Dizan, Nuru Sulley and Abednego Tetteh in the window and the moves are designed to give Hearts an offensive boost should the league resume.

The Phobians scored 15 goals in the 14 league matches they had played as of the time the league was suspended due to the Coronavirus pandemic.