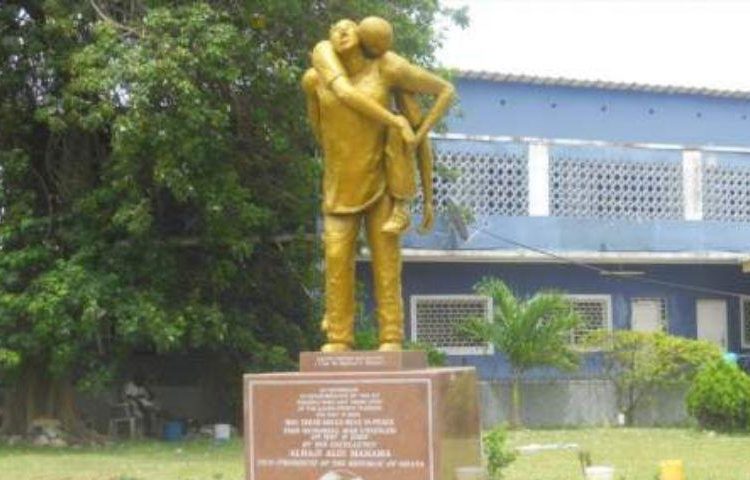 The Ghana FA, the Sports Ministry and some Ghana Premier League clubs have marked the 19th anniversary of the 2001 Accra Sports Stadium disaster with several gestures and events.

The sad incident occurred on Wednesday May 9, 2001 at the Accra Sports Stadium when 126 football fans died after a stampede at the ground.

The fans were witnessing a match between Hearts of Oak and Asante Kotoko but they had to scramble their way out of the ground as they sought relief from tear gas canisters that were being fired at them.

Some Kotoko fans were unhappy at some refereeing decisions during the match and they hurled objects onto the pitch and that caused the Police to try and disperse them using tear gas.

The Ghana Football Association (GFA) released a press statement  on May 9, 2020 in reminiscence of the event that occurred in 2001 and parts of the statement read:

“Today marks the 19th Anniversary of the May 9th Stadium disaster and the Ghana Football Association (GFA) wishes to express its profound condolences to the families and friends of the victims.

Today is a day of grief as we once again remember the incident that claimed the lives of 127 football fans at the Accra Sports Stadium following a stampede during a Ghana Premier League match between Accra Hearts of Oak and Asante Kotoko in 2001.

As we mark the 19th anniversary of this disaster, we remember our fallen friends, heroes, colleagues and comrades who lost their lives in that manner whiles supporting the game they truly love.”

The football governing body also stated it was “committed” to ensure this event does not occur anymore through the help of security agencies and with the collaboration with the clubs.

“The GFA wishes to appeal to all football administrators, security officers, medicals and indeed football-loving Ghanaians to co-operate with the federation and other stakeholders to ensure we don’t experience such incidents in our game again.

We call on clubs to continue educating their fans on the laws of the game and to remain law-abiding before, during and after league matches.”

The Ministry in charge of Youth and Sports Development in Ghana also organised an event at the May 9 memorial at the Accra Sports Stadium in remembrance of the dead.

Speaking at the event, the Deputy Minister of Youth and Sports reiterated the government of Ghana is committed to ensuring such an incident does not repeat itself.

GOVERNMENT COMMEMORATES MAY 9 DISASTER EVENT.
The Ministry of youth and sports in collaboration with the @Gh_NSA has organised the 19th edition of the May 9 disaster event at the Accra Sports Stadium. pic.twitter.com/Ee4dzg4i99

The two clubs at the centre of the disaster, Accra Hearts of Oak and Asante Kotoko, took to social media to mark the day and they were joined by other clubs.